Dami Im has announced on social media the release of her highly anticipated studio album, Heart Beats. The album is available for pre-order now and will be released physically and digitally on October 17th.

Heart Beats sees Dami Im realise her long awaited dream to release a studio album complete with her own material which represents her as an artist. Once again working alongside renowned song-writers and producers including Jon Hume (Evermore, Delta Goodrem, Matt Corby) and Trinity Music (-Super Love', -Gladiator'), the album demonstrates her true artistry.

As Dami explains, 'It's been my dream since I was a teenager to create my very own album made up of my own songs. I dreamed of writing my songs, choosing them and coming up with a perfect title, and the perfect image to go with it all. I wanted the album to reflect exactly who I am so that it's a package of Dami Im, and finally that dream has become a reality in Heart Beats."

Dami Im's diversity, musicality and powerhouse vocals are showcased in what is an incredible collection of tracks including her Platinum single -Super Love' and Gold single -Gladiator', both released earlier this year. The essence of her as an artist is evident throughout Heart Beats with Dami co-writing the majority of tracks on the album, solely writing the title track herself, and including her stunning interpretation of Macy Gray's -Beauty In The World'.

As Dami herself explains, 'Each track is so different, but also the same in that they are the things that are on my mind. They are messages I want to give to myself and to others out there. This is only the beginning for me, and I truly hope Heart Beats excites those who listen to it as much as it does for me."

Beautiful
Without You (Acoustic) 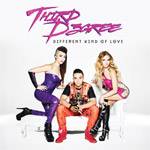