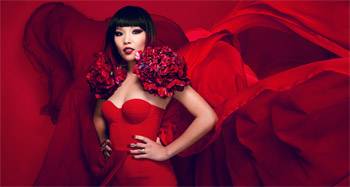 Pop superstar Dami Im has announced that her new single titled 'Super Love" is available to pre-order now ahead of its digital and physical release through Sony Music Entertainment Australia on May 16th.

'Super Love" sees Dami Im enter a new era of her career with a truly epic up-tempo pop fuelled love song. 'Super Love" is a meaningful exploration of her love for not only her husband Noah, but also the many other aspects of life that evoke the special emotion.

As Dami explains, 'I am so excited for everyone to hear 'Super Love." It truly means a lot to me and I hope it fills everyone with as much joy as it does for me."

Dami Im immediately captured the attention of the Australian public on Channel 7's The X Factor series last year. Week after week Dami floored the judges and Australian audiences with her performances, receiving standing ovations and strong reactions on the iTunes chart. As well as blossoming into a powerhouse vocal star, Dami was renowned for her avant-garde and dramatic fashion, opening herself up to the super-stylish kaleidoscopic world of pop.

Captivating the hearts and minds of the Australian public, Dami Im went on to win the series. Releasing her debut single 'Alive" alongside her self-titled debut album, both releases rocketed to the top of the ARIA charts, achieving Platinum sales and earning her hundreds of thousands of fans around the country.

In 2014, Dami continues to remind the Australian public why she was such a popular contestant on The X Factor, refining her identity as a remarkably dynamic young artist. Now with the release of 'Super Love," Dami Im continues her career-ascent to pop stardom.

Question: Can you tell us about Super Love?

Dami Im: Super Love is a happy song! When I won X-Factor last year, I knew there was a purpose for it other than having a great career, it was to share the love and make people happy through my songs. I knew Super Love would be perfect to share happiness.


Question: What does Super Love mean to you?

Dami Im: Super Love reminds me of Noah and my super love. Noah has been so supportive and whenever I have a really bad day, I know he is there with his super love which helps me get through. I hope that when people are listening to Super Love that they are reminded of their super love and start to feel better and of course happy!


Question: How important is it to you to have such fantastic support from your husband, Noah?

Dami Im: I've been extremely busy since winning X-Factor and I have been travelling all the time. I'm always on the road, living out of a suitcase and because of that it was hard for Noah to be with me whilst he was working so he decided to leave his job to be beside me, all the time, which was such a big decision, for both of us. It's been so good to travel with Noah as he gives me the support I need when going different and new places, especially because I can be quite shy and intimidated when I'm in a new location with people I don't really know. It's always good to have Noah with me, all the time.


Question: How does it feel to hear Super Love played all over the airwaves?


Question: Are you still in regular contact with Dannii Minogue?

Dami Im: Yes! Dannii has been amazing for me as she has always supported me and she even came to Korea with me when I was filming for Sunday Night, on Channel 7 and releasing Super Love, in Korea. It's great to have a friendship with Dannii Minogue especially with someone as amazing as her to support and promote me. I have very grateful.


Question: How was it travelling to Korea for Super Love?

Dami Im: It was very good; I was able to fit a lot into the trip including visiting relatives, shopping and karaoke! We also were able to visit the North Korean border with my Grandma, Dannii Minogue and Mum which was a very special experience, as not many people get to go to the border and see North Korea because of the current situation which is sad as they're still at war even though you don't really feel that when living in South Korea. The visit really got me thinking about how my Grandad came from the North in the 1950's; it was very sentimental thinking about the past.

Dami Im: I love listening to Emeli Sande, she has such a great voice and her music is always amazing and soulful. Anything that's very soulful and R&B, I enjoy listening to. At the moment I'm looking for new and different artists that I can really enjoy.

Dami Im: Performing live is fun because I don't have to think about being pitch perfect as it's about being in the moment and connecting with the audience, which is a lot of fun. I also enjoy recording because I do get to be precise and I am a little bit of a perfectionist! I enjoy both processes although performing live can be more enjoyable because I get to see my audiences enjoying my music. When a crowd gets excited and dances or cheers, I am so satisfied.

Dami Im: The biggest challenge has probably been not having much down time as every single day I am recording or travelling (including flying). I am so busy and even though I'm still living in Brisbane, I'm never home; I find I'm home for a couple of days, every fortnight. I miss my friends and relaxing by the beach but it's a small price to pay to live your dream.

Dami Im: There has been so much although one of my favourite parts was being able to model for Alannah Hill. I never imagined in my life that I would model for a designer and I was able to do that as well as work with Priceline to promote makeup. It's all been very fun and I'm achieving every girl's awesome dreams.

Dami Im: Emeli Sande is really awesome and I'd also like to work with Bruno Mars, which would be amazing! 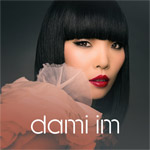 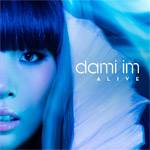