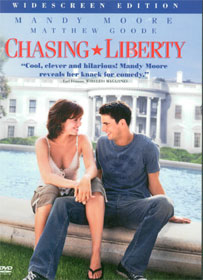 She is the President's daughter. But she just wants to be herself. Multitalented Mandy Moore makes her romantic comedy debut as Anna, who finally gets Dad (Mark Harmon) to reduce the number of agents while she goes to a music club. But when Anna arrives at the club and realizes her father has backed out of the deal, she ditches the agents and goes on the run with Ben, a handsome photographer she meets. Anna does not tell Ben who she is. But Ben (newcomer Matthew Goode) has a secret of his own.