Jason Statham (; born 26 July 1967) is an English actor, film producer, and former model. Typecast as the antihero, he is known for his action-thriller roles and portraying tough, irredeemable, and machiavellian characters. Throughout his film career, Statham has regularly performed his own stage combat and stunts.

Born in Derbyshire, England, he began practicing kung fu, kickboxing and karate recreationally in his youth while working at local market stalls. An avid footballer and diver, he was tapped by Britain's national diving team to compete in the 1990 Commonwealth Games. Shortly after, he was asked to model for French Connection, Tommy Hilfiger, and Levis in various advertising campaigns. Statham's past professional history working in market stalls inspired his casting in the Guy Ritchie crime films Lock, Stock and Two Smoking Barrels (1998) and Snatch (2000).

His career as an actor and producer has been criticized for lacking depth and variety, however he has also been praised for leading the 2000s and 2010s action movie resurgences. According to a BBC News report, his film career from 2002 to 2017 generated an estimated US$1.5 billion (£1.1 billion) in ticket-sales, making him one of the movie industry's most bankable stars. Statham's impact on the British and American film industries is the subject of an ongoing academic study by Leeds Beckett University due to finish in late 2018.

Arthur Bishop is a 'mechanic' - an elite assassin with a strict code and unique talent for cleanly eliminating...

Safe - A former elite agent encounters and rescues a twelve year-old Chinese girl who has been abducted by the Triads. 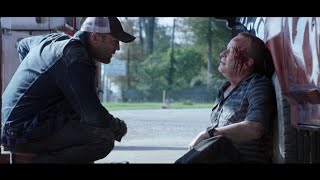