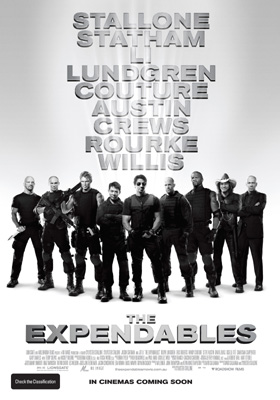 Synopsis:
A team of mercenaries head to South America on a mission to overthrow a dictator. Once the mission begins, the men realize things arent quite as they appear, finding themselves caught in a dangerous web of deceit and betrayal. With their mission thwarted and an innocent life in danger, the men struggle with an even tougher challenge-one that threatens to destroy this band of brothers

The Expendables is in cinemas August 12, 2010
www.theexpendablesmovie.com.au

"The Expendables brings back to life the old school action movies from the 80's and 90's with an interesting cameo from Arnold Schwarzenegger. Although the movie is far from realistic it does have wicked fight scenes and all in all is thoroughly entertaining. The Expendables is a good 'boy's night out' movie." -Matt Hodgson

"An enjoyable guns blazing action-packed film about a group of mercenaries for hire. With an all-star 'action' cast including some great villains and defenders, and a comedic cameo from Arnold Schwarzenegger, it's a real boys film. The Expendables showcases some of the greats including; Sylvester Stallone, Jason Statham, Jet Li, Dolph Lundgren, all still in fine form. There are a couple of graphic moments which are not for the faint hearted and the bare minimum of tenderness to carry the storyline, but really this is action 101. The boys are back ready to kick-ass, armed with guns, knives, tnt and plenty of testosterone!" - Michelle Warmuz 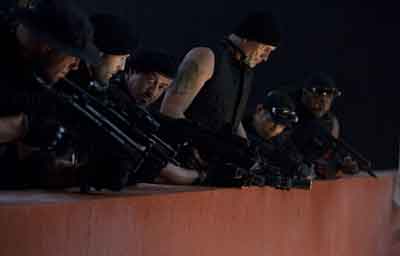 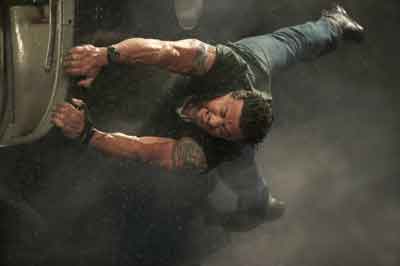 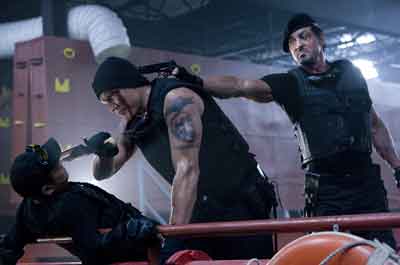 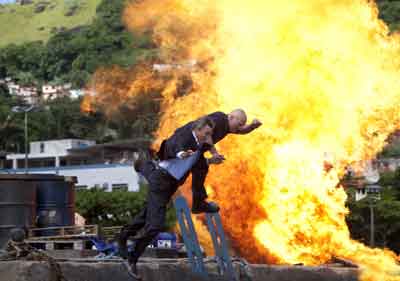