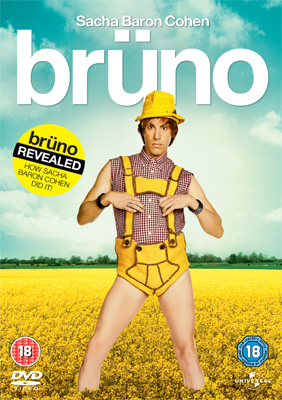 Enter the world of Brüno, Austria's most famous celebrity since Hitler. Not since Borat hit the screens two years ago has one film caused so much controversy. Back on the big screen, Sacha Baron Cohen dishes yet another dose of satirical comedy in Brüno.

Brüno is a flamboyant gay fashionista and self-proclaimed voice of the Austrian style scene. He has his own fashion-based television show, Funkyzeit, the most popular German-language show of its kind outside of Germany. But after he disgraces himself in front of his Funkyzeit fan base, Brüno is ruined in German speaking Europe and relocates himself to America to resume his quest for 'celebrity'.

Review: Not for the faint hearted because you can't help but laugh at the shocking materialģ