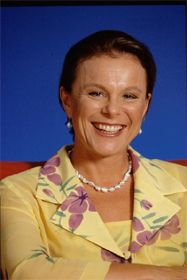 The Women of Achievement Award Luncheon is one of Brain Foundation Victoria's major fundraising special events. This event has been hosted by the Foundation since the late 1980's. The Women of Achievement Award was introduced to celebrate a woman/or women who achieved outstanding outcomes, usually in an area of endeavour not often acknowledged by business women's awards. We believe that "there are women who have the unique capacity to balance their many varied roles in life, in work and in support of our communities".At this year's Award Luncheon, Brain Foundation Victoria are delighted to present MC, Steven Heathcote, principal dancer with the Australian Ballet Company; and as keynote speaker, Fiona Wood AM, a woman who inspired a nation and in recognition was announced Australian of the Year; a woman who has achieved so much. Along the theme of paying tribute to women in health, BFV will introduce Brain Foundation Fellow, Dr Katya Kotschet, a position created to encourage the growth of clinical care and research projects in movement disorders, and to develop treatments that slow or halt the progression of these illnesses such as Parkinson's disease.Pohlen Kean Australia, prominent international executive recruitment and human resource consultants, is supporting BFV in the search for a Woman of Achievement, with nominations already being received. This year we will again gift the winner and short-listed nominees with an individually crafted award generously donated by Kozminsky Jewellers. The Luncheon is set to take place in the Savoy Ballroom of the Grand Hyatt on the 18th of October, tickets are now available with proceeds from the event contributing to Brain Foundation Victoria's vision of "reducing the incidence and impact of brain disorders in our community".