Putting a face to the world's leading cause of death - a new campaign by NCDFREE, communicating the non-communicable.

Through an online community of stories, this online campaign will put a human face to this set of largely misunderstood diseases. NCDs include diabetes, heart disease, cancers and lung diseases – with common causes and solutions.

The campaign will use crowd sourced photos and stories from people around the world who are affected by or working to reduce NCDs. Their faces and stories will be directly shared via an interactive website and disseminated through social media channels and short film – using the hashtag #TheFace.

#TheFace will reveal the human stories – the people – behind the global and national epidemics of chronic disease, in an effort to raise awareness and support those living with an NCD. Co-founder, Dr. Alessandro Demaio explains, 'Through personal narrative and the power of people, we can start a new conversation on NCDs and show the true face of the global challenge".

The campaign will run for the month of October 2014, launching October 1.

NCDs are conditions that cannot be caught by one person from another. NCDs kill more than 36 million people each year and nearly 80% of NCD deaths occur in the world's poorest countries.

Founded by doctor/designer duo and brothers Sandro and Giuseppe Demaio in 2013, NCDFREE is proud to be partnering with Remedy Healthcare on this campaign. Remedy is a leading provider of highly targeted, evidence-based, care co-ordination, home-based rehabilitation and health coaching programs.

Allisa Robertson: NCDFREE is a global social movement against the world's leading cause of death and disability - Non-communicable Diseases (NCDs) - which include heart disease, diabetes, cancer, lung disease and mental illness. 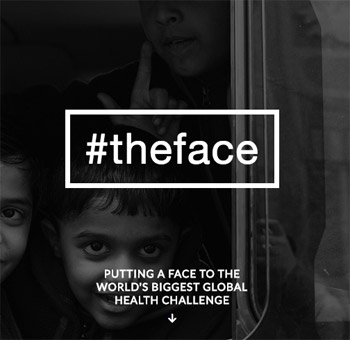 Allisa Robertson: NCDFREE was founded by two Melbourne brothers, Dr Alessandro and Giuseppe Demaio, a doctor and a designer. NCDFREE was launched at the Festival of Ideas in 2013 r


Question: Can you give us examples of non-communicable diseases?

Allisa Robertson: Non-communicable diseases are a group of disease that are not passed on from person to person and include heart disease, cancers, lung conditions and mental illness. These diseases share common determinants such as unhealthy diets, alcohol use, physical inactivity and tobacco use. 80% percent of diabetes and heart disease and one-third of cancers are preventable. NCDs disproportionately affect low and middle income countries and is closely linked with poverty


Question: How do you allow people with non-communicable diseases to share their story?

Allisa Robertson: Any one can upload their story about NCDs via the website http://join.thefaceofncds.org/


Question: What can you tell us about the current NCDFREE campaign, called #TheFace?

Allisa Robertson: #TheFace campaign is a crowd sourced, online community of stories and faces - it will run for the month of October. A large number of organisations have joined in to support the campaign and show a united front in tackling non-communicable diseases. Each week we are focusing on a different theme to create a bit of a journey


Question: What do you hope to achieve from #TheFace campaign throughout October?

Allisa Robertson: Through personal narrative and the power of people we aim to start a conversation on NCDs and bust the myths and misconceptions of this group of misunderstood and under-recognised diseases.


Question: What is the aim of NCDFREE?

Allisa Robertson: NCDFREE aims to bring together young change-makers from around the world in a bid to promote social and political reform in battling the Globe's greatest killer.


Question: How can Australians support #TheFace?

"What many people don't realise is that type 2 diabetes doesn't just affect older people or those who are...

As many as 3,600 diabetes-related amputations that occur in Australia are "entirely preventable" and result from... Danny himself was diagnosed with diabetes at age 21 and went from being a fit, sports obsessed young man to...

Aussies need to significantly increase their intake of vitamin D to protect their health. But the RDI...

Kathryn Taranto talks about her extraordinary story of survival and what you need to know about Heart Disease,...

Heart Disease - it's not just a bloke thing!

What's the biggest health issue for women in Australia? Heart disease...... surprised? So are 9 out of 10...

An Unhealthy Mouth can lead to Heart Disease

You're probably aware that smoking, being overweight and having high cholesterol or high blood pressure can...

Did You Know that Having Bad Teeth Could Lead to Heart Disease?

A national Galaxy survey commissioned by Invisalign (The Clear Alternative to Braces) has revealed that...