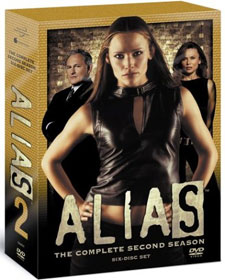 The action gets even hotter in ALIAS' sensational second season. Double agent Sydney Bristow faces the greatest challenge of her life when her mother, an enemy long thought dead, turns herself in to the CIA. As family relationships change and Sydney's friends take on new roles, her life becomes even more tangled and dangerous.

Experience all 22 scintillating episodes of season two with exclusive bonus features that take you inside the world of ALIAS. Your favourite characters are back, joined by special guest stars, as Sydney fights to reclaim her life and the action builds to a spectacular climax.