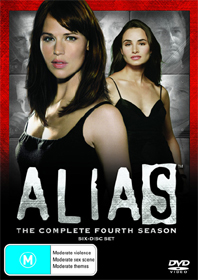 The action explodes in ALIAS' phenomenal fourth season. When Sydney leaves the CIA to join a powerful new Black Ops unit, she has no idea of the reunion in store for her. Old friends (and enemies) come together for a year of nonstop excitement. Experience all 22 heart-stopping episodes of season four in a sensational six-disc set - from the two-hour pilot episode to the mind-blowing surprises of the season finale. Now, with exclusive special features, including bloopers, deleted scenes and more, this spectacular set makes TV's most exciting show even better.