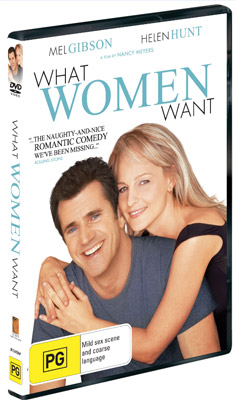 Nick, a somewhat chauvinistic advertising exec hot shot, has his life turned haywire when a fluke accident enables him to hear what women think.

At first all he wants to do is rid himself of this curse, until a wacky psychologist shows him that this could be used to his advantage. His first target is Darcy McGuire, the very woman that go the promotion he wanted. But just as his plan is beginning to work, love gets in the way…


A classic timeless movie, that explores what really goes on inside women's head, and what men really think of it. With plenty of laughs, What Women Want is keeper.