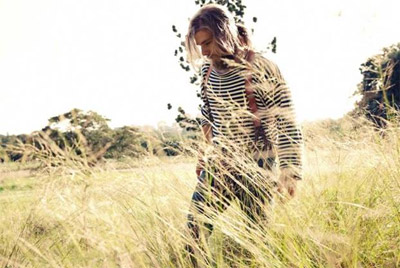 Sydney, July 2010 and Wes Carr had just boarded an international flight to Nashville. Getting on the plane, he posed for a few photos, before making his way to his seat. But as the plane began taxiing down the runway, he realised it all felt wrong. Horribly, horribly wrong. Standing up he demanded to be let off the plane. "Please be seated Mr Carr," buzzed flight staff, but he'd made up his mind.

Letting rip with a torrent of reasons why the plane needed to be turned around, all of which made no real sense to anyone but himself, phone cameras started flashing and voices got louder but Carr's insistence was impenetrable. After what seemed like years of inch by inch losing his grasp on his own right to say how he felt, the long list of circumstances that had brought him to this exact point in his life all came together in one almighty "No." The plane and its passengers turned around and Carr was allowed to disembark. Funneled through customs - so began the next phase of his life.

It's a longstanding belief in native American culture that when someone dream's of a Buffalo, they will soon return back to their heritage, back to their roots. Proud to announce the release of his debut EP 'Blood & Bone', Buffalo Tales is the new project for Sydney based singer-songwriter Wes Carr.

From his early days fronting Silverchair-offshoot Tambalane, to his well-publicised success on reality TV, Wes has well and truly paid his dues and already lived several musical lifetimes, all before reaching the age of 30. Buffalo sees Carr return to his organic singer/songwriter roots and is an intimate and natural fit with folk and alt country overtones, that lets his music speak for itself.

3 months after disembarking that 1st flight to the states, Carr again boarded a flight to the USA. This time he stayed on the plane.

"Before that world trip I took a drive with my Dad back to the country towns where a lot of my first memories took place. We went to our old house in Balaklava, South Australia, reflected and spent a fair amount of time listening to the sounds of the big trucks roaring down the highway in the distance. Dad reminisced and I took it all in, with a strange sense of a haunting familiarity even though I was too young to really remember anything about the house. We visited the cemetery where a lot of Dads friends from his twenties lay. All the graves were exactly the same as when he had left town twenty years ago. A few days later and I was on Sunset Boulevard in LA, where I stayed for two months before heading over to Nashville.

'Blood and Bone' is the reflection of where I had come from. From that dusty little town in South Australia to the big, bold bankrupt Los Angeles. And where I saw myself going in the future. Trying to play this role I had inherited, which taught me about living out your truth and purpose and making that possible instead of sinking into a dark, lonely hole in an artificial world.

Los Angeles wore very thin very quick for me. Don't get me wrong, I can see how Hollywood can be addictive and I sure had some fun while I was there, my feelings were obviously also a reflection of where I was within myself at the time too. I was drinking heavily and desperately trying to figure out where I belonged in the grand scheme of things, essentially hurtling through space with no direction. I had money for the first time in my life and I was like a kid with a loaded gun. I needed something real but at the time I had no care for spiritual conversations or the soul. I was self-destructing and I wanted out. I wanted to go far away from everyone but at the same time I wanted everyone to be near me at all times....

That's what Blood & Bone is about to me, losing faith in humanity and regaining it again by seeking the truth."

Question: How would you describe Blood & Bone?

Wes Carr: I wrote Blood & Bone in Nashville whilst I was on an extensive writing trip when I was on the label Sony music a few years ago. I was sent around to all these different writers, in American, and a lot of them where very business orientated (not all of them) which was quiet awkward because the whole trip was very much a business deal.

I met with a writer and I played a song I had written and when I finish he said "Wes, it's great, just wait till my buddy comes" and his friend arrived to the writing session and I played the song for him as well and when I was finished the guy I'd originally met with said to his friend, "when I wrote this song for Wes…" He claimed he'd written the song, when I had!

After those experiences I felt as if I wasn't going anywhere and I wrote Blood & Bone, a plea for help to feel something real again, something that I was into and not feeling like an office/business job all of a sudden! My Dad is a businessman, I am completely the opposite and I felt I was losing what I went into music for and that was to express real things and tell real stories. I felt like I needed to get something off my chest and it turned into my new project.


Question: Can you talk about the soul-searching that took place for this album?

Wes Carr: Yes, it is very experimental, the first two tracks are where I'm heading with the album, and it's my sound. When I recorded the next two songs I had no real direction and I had no idea where I was going to land or what it was going to be - I just was in the studio with a friend and wanted to see where it would take us; it was really enjoyable like the shredding of old skin, the shredding of the pop idol, it was a journey back to where I came from.


Question: What was the motivation behind Buffalo?

Wes Carr: The album that is pending will be more in-line with who I am and what I do. Other than this EP I don't feel like the public has got to know me, in the real sense. They've seen all these strings to my bow but I've found out who I really am almost through the whole process. I am trying to get away from the Wes Carr persona and let the music speak for itself and not having the persona hang over everything I do. I am trying to make people realise that I am a musician and I write my own music, that is what I do and that's what I wake up every day thinking about.


Question: Has it been difficult to distance yourself from Australian Idol?

Wes Carr: There is no malice in it for me, I am grateful for Australian Idol but it was five years ago and I was five years younger and in a different place. Now it's time to introduce me to people and that's what is great about my live shows. I enjoy playing my music to those that come along and I'm often surprised to find audiences are often surprised by my live shows. I meet up with audiences after the show who say "I never expected you to do that and I love the new songs more" and it's great that people understand what I am about more. My dream is for people to come and hear me more so than to see me and get a photo.


Question: What was it like working with Isabelle Cornish?

Wes Carr: Isabelle Cornish is beautiful, she is a great girl and I'm grateful that she is in the clip that was directed by a friend of mine. Isabelle and I put our heads together and decided to shoot the clip beautifully and see what happened and it was a really organic approach to the whole thing. We did have ideas but we didn't know what it was going to be like until we were doing it and that was the best thing as it was very spontaneous especially because Isabelle said yes, the night before we were filming, it was all very casual. Once we got shooting we were excited about the concept and thought it was magical.

The clip also, without me even noticing it, paid homage to my late Nan. The bedspread that was in the hotel, that we filmed in, was the same bedspread that my Nan passed away in, over a year ago, it was all very coincidental. I didn't realise either, but I laid yellow flowers down and that was her favourite flower and I didn't consciously do it however when my Mum watched it she noticed that it was paying homage to my late Nan.

I am finally able to do what I want with a film clip and have Isabelle in it and my friend directing it - it turned out looking like a million dollars! It's a very beautiful clip that I am very happy with it and people are responding to it, which is great.

Wes Carr: They're both very different things. I am in the middle of recording the album at the moment and my head is right into that which I am really enjoying. But next month I am doing touring and recording which will be strange because you wear different caps and in the studio anything is possible and you have time to deliberate over what you're doing; with live music it is about being in the moment. I find they are both completely different and for me I don't prefer one or the other, I love both of them.

I love the studio because I am a homebody and I love being able to take a break and work for myself. Whereas when I'm on the road I miss my little boy, I now know what musicians who have kids feel like, I never related to that, until now. One of the downsides to touring is being away from my little man but I come back and I have a homecoming hero parade because in twelve weeks there is such a big change which is the best.

Touring is a really great thing to do because your songs develop and you meet the people who are interested in your music. If you didn't tour you'd never know who your audience is and what they do. I meet some great and wonderfully wacky people. I get to see the country and the world. I'm lucky that I get to go out on the road and not sit in an office all day under a florescent light!

Wes Carr: Julia Stone or Washington! I've worked with so many great artists which is awesome but at the moment I want to work with the Aussie guys such as Julia Stone and Washington because I think the Australian talent surpasses everything in the world. I've heard a lot of music from around the world but everything that is being created here is great.