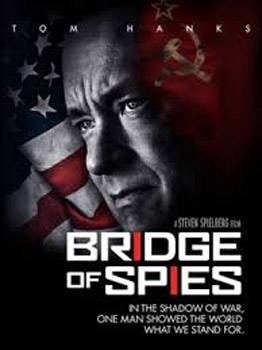 Synopsis: An American lawyer is recruited by the CIA during the Cold War to help rescue a pilot detained in the Soviet Union.