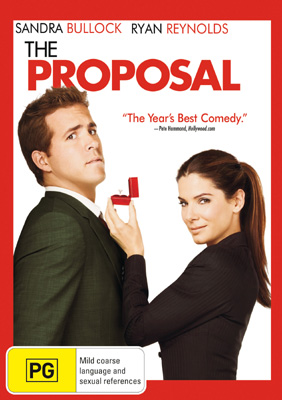 It's "The Proposal" You Can't Refuse!


Make a commitment to this year's most engaging DVD release, THE PROPOSAL, when it's released to DVD and Blu-ray 25 November 2009!

Margaret Tate (SANDRA BULLOCK) seems to have it all - she's successful, independent and business savvy with a great career in a prestigious Manhattan publishing company. Then there's Andrew Paxton (RYAN REYNOLDS), Margaret's overworked, underpaid and underappreciated assistant trying to get by in New York City with a dream of one day becoming an editor. Not necessarily the type of people you'd imagine getting together on the suitability scale!

But when Margaret faces deportation to her native Canada, the quick-thinking executive declares that she's engaged to her unsuspecting assistant, Andrew; a catch that would save her from exile. Andrew for his part, and against his better judgment, agrees to the devious charade in return for the editing job he has always dreamed of.

The façade is quickly put to the test when Andrew is called to his family home in Alaska with his new fiancé in tow. Margaret, removed from a lifestyle she's used to, soon finds herself out of her depth and in all types of trouble trying to keep up the ever-thinning farce. Not to mention while keeping both Andrew and his lovable and quirky family, including his mother (MARY STEENGURGEN) and grandmother (BETTY WHITE), at arm's length.

Directed by ANNE FLETCHER, known also for the highly successful 27 Dresses, THE PROPOSAL will take you on a non-stop comedic walk towards the aisle, proving that love can be found when and where you least expect it.

A fresh, laugh-out-loud romantic comedy with an original story and packed with special features, including a hilarious six minute alternate ending, deleted scenes and bloopers, THE PROPOSAL, released to DVD and Blu-ray, is one not to be missed - save the date!

Review: The Proposal was really enjoyable, lighthearted romantic comedy at it's best. Sandra Bullock plays an uptight publishing editor about to be deported, who scares he secretary Ryan Reynolds into a quicky wedding to stay in the country, but she gets more than she bargins for when suddenly finds herself going home to meet the parents in more ways than one. Outstanding performances by Ryan Reynolds and hilarious inappropriate comedy from Betty White. Loved it.

The Proposal
Released to DVD and Blu-ray 25 November 2009

In the new comedy, The Proposal, Sandra Bullock stars as Margaret Tate, a high-powered New York book editor whose life is about to change. Facing deportation to her native Canada (and with it, the end of her career), the quick-thinking exec declares that she's actually engaged to her unsuspecting put-upon assistant, Andrew Paxton (Ryan Reynolds), whom she's tormented for years. Paxton agrees to participate in the charade - but with a few conditions of his own, as the unlikely couple heads to Alaska to meet his quirky family (Mary Steenburgen, Craig T. Nelson, Betty White), where the always-in-control city girl finds herself in over her head. With an impromptu wedding in the works and an immigration officer on their tails, Margaret and Andrew reluctantly vow to stick to their plan... come whatever may.

Directed by Anne Fletcher (27 Dresses), The Proposal offers a comedic tour de force from Sandra Bullock, one of Hollywood's most accomplished, beloved, and acclaimed performers. She discussed her new film at the Four Seasons Hotel in Beverly Hills.


HOW DID YOU FIND WORKING WITH ANNE FLETCHER - WAS IT HELPFUL HAVING A DIRECTOR WITH AN ESTABLISHED BACKGROUND IN CHOREOGRAPHY? ARE DANCE AND COMEDY SOMEHOW CONNECTED?

Sandra Bullock: The combination of who she is as a person and who she was, and still is, as a choreographer, I think is instrumental in comedy. If you think about it, that combination goes back to all those great comedies from the golden age. There was a rhythm. There was a choreography. There was quick wit, coupled with camera movement. You need to have that sense of rhythm in comedy, and she has that on so many different levels, with so many different comedic styles. She has that gift... She's the real thing. And I'm thankful for her choreography background...


IT IS A GREAT ENSEMBLE, ESPECIALLY THE PERFORMANCE FROM BETTY WHITE, WHO PLAYS YOUR PROSPECTIVE NEW GRANDMOTHER ON SCREEN...

Sandra Bullock: You talk about a comedic genius - just sitting in a room with her, watching her say one word or one line, over and over again, different every single time. Her professionalism, her stamina... On location, we would be outside in the cold, going, 'Can we get some blankets or something?' And they'd say, "Betty do you need anything?" And she's like, "No, I'm fine!" Age has no place next to Betty White's name. She's in Round 8 of her career. And I love sparring with brilliant people because they only make you better and you have to come up to their level. So Betty or Oscar [Nuñez], or Ryan [Reynolds], or any of the people in our ensemble - seasoned actors who take their job seriously are a joy, because they make you better. And Betty is amazing. To have dinner with her, is one of the greatest treats.


WHAT MAKES YOU LAUGH?

Sandra Bullock: What makes me laugh? Me naked, makes me laugh. Especially with the horrible lighting we have at home, which is down lighting. I'm like, "Oh my god." (Laughs)... People who have a great wit and a self deprecating wit - that makes me laugh. Animals doing stupid things makes me laugh. I mean, just about anything makes me laugh. I'm an easy target! But I love a sharp wit. And I love twisted humor. I love it when people's minds come up with things. When they just say things and they don't censor themselves.


DID YOU ENJOY PLAYING MARGARET TATE - THE WOMAN THAT EVERYONE LOVES TO HATE?

Sandra Bullock: It was heaven. To be a bitch for three months and be unapologetic about it? And go, "Hey it's my character... I'm staying in character." (Laughs)... "Get out of my face" - sorry, character, speaking! I loved it. I mean, we all have it [in us]. And when it's written well, it is so much fun to do.


DO YOU STILL ENJOY MAKING FILMS AFTER ALL THESE YEARS?

Sandra Bullock: I enjoy it now, even more so, because I pick only what is worth leaving home for. Do you know what I mean? People don't realize that when you make a film, you're gone. And I don't want to be gone unless it's something special, something that I don't want to look at later on thinking, "I should have done that..." 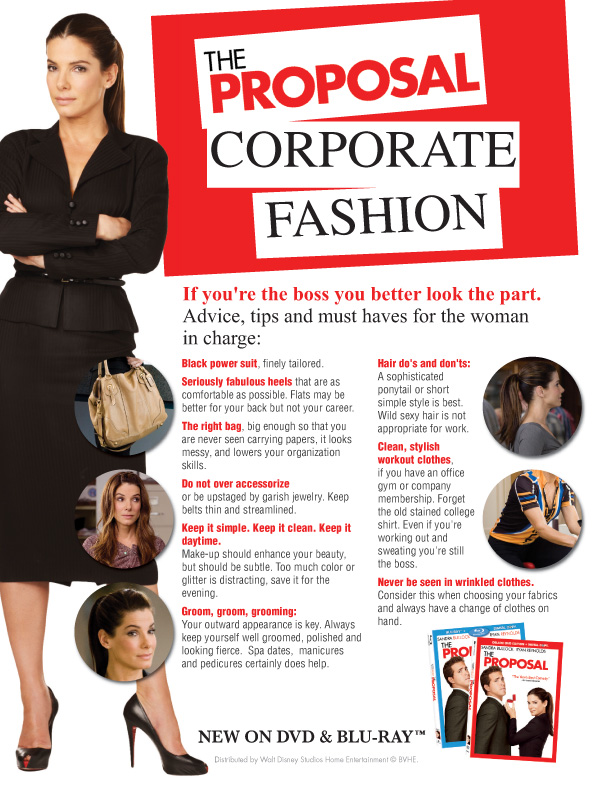