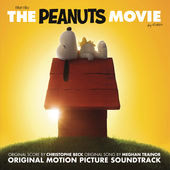 Epic Records, Sony Music Entertainment Australia and 20th Century Fox announce the release of The Peanuts Movie Original Motion Picture Soundtrack in stores and at all digital retailers October 23, 2015. The pre-order enables an instant grat download of the first single -Better When I'm Dancin'', a new original song from Grammy Award®-nominated multi-platinum global superstar Meghan Trainor.  Meghan wrote the song for the film, which perfectly conveys the endearing and timeless essence of The Peanuts gang with a sweet signature melody.  The film is in Australian theaters January 1st, 2016.

About the soundtrack, Trainor says, 'I was thrilled to be offered the chance to see an early vision of The Peanuts Movie and then be inspired to write a song that captured the film's spirit, energy, and sense of joy. It was a pleasure to work with director Steve Martino to make sure the song did right by the incredible characters that the team is bringing to the big screen. I can't wait for everyone to hear the song!"

In addition, the Soundtrack includes Flo Rida's -That's What I Like' feat. Fitz and newly reimagined recordings of Vince Guaraldi classics by Emmy Award®-winning composer Christophe Beck (Frozen, Pitch Perfect¸ Buffy the Vampire Slayer). Beck breathes new life into favourites such as -Linus & Lucy', -Skating', -Christmas Time Is Here', and more as well as the original score. Trainor also wrote a second original song inspired by the film entitled -Good To Be Alive'.

Today, Trainor granted her first interview since undergoing vocal cord surgery this summer. She appeared on The Ellen DeGeneres Show to reveal the Soundtrack details and personally premiere a sneak peak of the music video for -Better When I'm Dancin''. She also gave a very special performance of the #1, 2 x Platinum smash -Like I'm Gonna Lose You' with John Legend. The full video of -Better When I'm Dancin'' can be seen first on Meghan's Apple connect page today and will make its wide VEVO premiere Friday, Oct. 16th.

Get ready for the most fun soundtrack of 2015.

Meghan Trainor – Good To Be Alive* 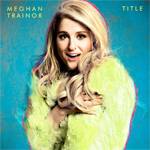 A reimagining of the classic tale about a family whose suburban home is invaded by angry spirits. When the...

The competition allows the public to vote online for their favourite emerging Aussie or Kiwi act, whilst MTV...