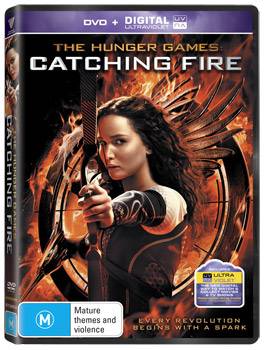 Against all odds, Katniss and fellow tribute Peeta Mellark (JOSH HUTCHERSON – The Kids are All Right) have returned home after surviving the Hunger Games. Winning means they must leave their loved ones behind and embark on a Victory Tour through the districts. Along the way, Katniss senses a rebellion simmering – one that she and Peeta may have sparked.

At the end of the tour, the former Hunger Games victors are pitted against one another when President Snow (Golden Globe® winner DONALD SUTHERLAND – Path to War) announces a deadly 75th Hunger Games that could change Panem forever.