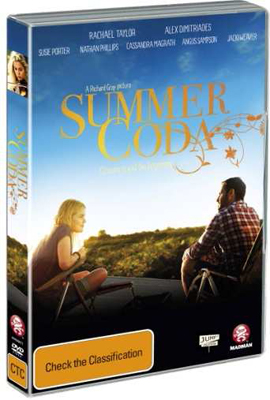 Set amongst the stunning orange groves of picturesque Mildura, Summer Coda is the story of Heidi (Rachael Taylor) - a young violinist returning to her home town to seek closure on her estranged relationship with her father. Forced to busk for cash to make her way, Heidi's performance catches the attention of handsome fruit picker, Michael (Alex Dimitriades), who offers a ride to her family home.

When Heidi's family reunion turns sour, she flees to Michael's orange grove and finds the friendship and support she desperately needs. The picking season soon begins, and Michael and Heidi begin to connect amongst the colourful landscape and quirky cast of fruit pickers that surround them.