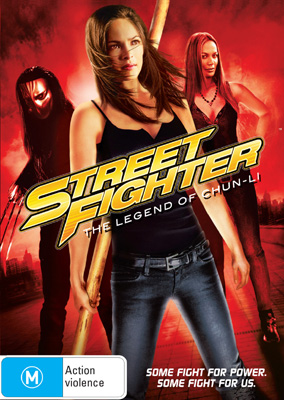 Based on the popular video game franchise, female fighter Chun Li embarks on a quest for justice. Powerful forces are converging on the streets of Bangkok. They are warriors, some of whom possess extraordinary abilities, all of whom are determined to see their side prevail. Some fight for us; the others for unlimited power.

Now, they are preparing for the ultimate battle -- of terror versus beauty, light versus darkness, and good versus evil.

Most of you will remember Kristin Kreuk in TV series 'Smallville', using her martial arts training, Kristin portrays Chun-Li, a legendary street fighter whose quest to rescue her father, becomes a quest for justice for the streets of Bangkok. Her nemasis is none other than 'desperate housewives' Neal McDonough, who is a very convincing heartless leader of the underground with powerful martial arts skills. Although the police cast is a little lacking, the main characters more than make up for it in Street Fighter. - Femail.com.au