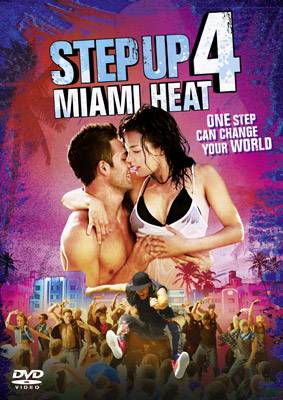 Things are about to hot up as Step Up 4: Miami Heat combines breathtaking moves and fast paced action in this sizzling dance spectacular. The newest edition to the Step Up franchise sees Emily (Kathryn McCormick) and Sean (Ryan Guzman) sizzle on screen with some of the most cutting edge, highly charged dance sequences to date, brought to life in stunning 3D.

Set against a spectacular Miami backdrop, Emily, a beautiful dancer with big dreams, falls in love with Sean, the leader of edgy, flash mob dance crew, The Mob. However, soon after their meeting, Emily's businessman father threatens to build upon The Mob's historic neighbourhood and displace thousands of people in the process. Emily and Sean must band together with the Mob to turn their unique performances into protest art, risking everything for a greater cause.

The incredible choreography and beautiful Miami art culture combined with an electrifying soundtrack featuring Jennifer Lopez, Flo Rida, Timbaland and Lil Jon makes this Step Up adventure the hottest yet.