Sam Rockwell may be one of the busiest actors in Hollywood but he is also its quietest achiever. Unassuming and genuinely modest, even with all the possible Oscar talk over his performance in the recent indie hit Moon, Sam Rockwell remains focused on his acting. He currently appears opposite Robert DeNiro in the comedy/drama Everybody's Fine, a quietly sentimental holiday film about a widower trying to reconnect with his three children. Rockwell plays the drummer son, but his career could go full throttle with next year's much-anticipated Iron Man 2. He talked to PAUL FISCHER in this exclusive interview.

QUESTION: So in Everybody Fine, your character is not the biggest part in the world, but it's a really nice little character to play. Was it nice for you to play somebody who's grounded in reality, as it were? I mean, is that one of the attractions of playing a part like this?


QUESTION: How differently do you approach a guy like this? I mean, what is the attraction?

SAM ROCKWELL: Well, you know, I think Bob DeNiro's the attraction, so that's the main thing that brings me to the table.


QUESTION: Did you bring anything of yourself to him when you worked on this movie?

SAM ROCKWELL: Anything of myself?


QUESTION: To the character?

SAM ROCKWELL: Yeah. I mean, it was pretty much just me with a couple of alterations, nothing too severe with this one, no humps, or impediments, or no sort of accents and no cloning. It was just, like, me being just Sam with a few different adjustments, as far as my relationships with my siblings and parents and stuff. 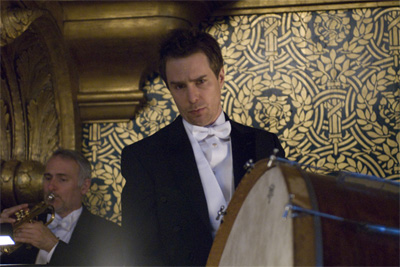 QUESTION: That's interesting, because, I mean, most actors like to hide behind a character. That's one of the reasons why they become actors. Is it more challenging to have the opposite approach?

SAM ROCKWELL: Well, I think - it is harder, sometimes, just to be yourself. And I think a lot of really great actors - even if you're doing character parts, you're doing a version of yourself. So, you know, that's part of the process.


QUESTION: What did you learn from working with DeNiro? Did he surprise you in any way?

SAM ROCKWELL: Well, he's just a great actor. I mean, I was nervous ahead of time, and it turned out to be pretty easy with him. I think when you're working with a really good actor, it's actually very easy. They know what they're doing.


QUESTION: He's never played anybody quite as truthful as this character for a while, either. I mean, it must have been - how was the dynamic between the pair of you, playing father and son, in such a naturalistic environment? I mean, did you two talk about your different approaches to working on scenes together, for example?

SAM ROCKWELL: No, Bob doesn't talk very much, but I talked to the director a lot. Bob's very nice, though, and it was actually pretty effortless. We didn't have to talk a lot. I mean, we just kind of did it, and he's just so goddamn good. I mean, he's really my teacher. I've watched all of his films as a boy so he inevitably was an acting teacher for me, whether he knows it or not. I think he influenced any actor of my generation, so I learned how to film act a lot from him, and a few other actors.


QUESTION: Now, Moon is about to come out on DVD and there's a web site, I think, devoted to an Oscar campaign for you. 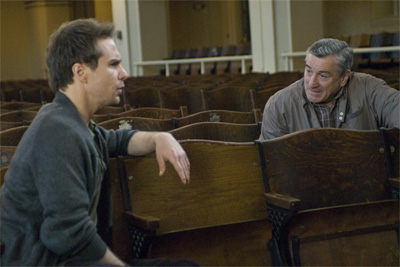 QUESTION: So how shocking is it for you to be involved in a movie that has really lifted your profile in a way that possibly was unexpected, given the fact that it was a very small, small film, that I'm sure you didn't think was going to be as critically acclaimed as it was.

SAM ROCKWELL: Yeah. I'm really flattered, but I think it's a long shot for that kind of stuff, yet I do think it's really nice that we're talking about it. Anything that brings attention to a film like that, such a small movie, is a good thing.


QUESTION: Are you prepared to be involved in the politics of an Oscar campaign, if that should happen?

SAM ROCKWELL: I would love to be a part of that, but I think my movie's much too small to be considered for that. It's not even eligible for the Spirit Awards, because it's a British film, so, it's such a long shot for that film, but that would be a dream come true, to be considered for something like that.


QUESTION: And then you're also coming out next year in this tiny indie movie called Iron Man 2.


QUESTION: I mean, we don't normally see you do such huge, tent pole films.What was the major reason that you wanted to be a part of that?

SAM ROCKWELL: Cash, baby. [LAUGHTER] No, no, no. No. It's a really good group of actors, actually, when you think about it. I mean, you've got Don Cheadle, Mickey Rourke, Robert Downey Junior. Gwyneth Paltrow, Scarlett Johansson. Not to mention a lot of other actors. Gary Shandling. Jon Favreau and I worked together on a movie called Made, and he's a lovely guy. He's really good with actors, really good director. The Marvel guys are great guys. Kevin and Jeremy, they're really low key and very helpful. Justin Theroux, who's a friend of mine, wrote the script,. We did theater in Williamstown back in the day, and he wrote Tropic Thunder, so it's got really good pedigree behind it. 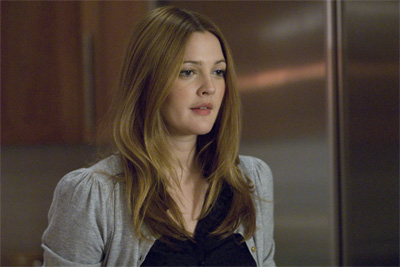 QUESTION: You're a weapons guy?


QUESTION: But we don't know if he's really a bad guy or not, do we?

SAM ROCKWELL: He's kind of more of the plucky comic relief, but he's got a little bit of an edge. He's a little pissed off.

SAM ROCKWELL: He's a little more Salieri than he is the plucky comic relief, but Mickey Rourke is really the bad guy.


QUESTION: So, you're saying you're the Salieri of Iron Man 2.

SAM ROCKWELL: I wouldn't even go that far. I'm more of a cross between the agent character in Entourage and Salieri and maybe Bill Murray in Kingpin.


QUESTION: Does part of your thinking, when you elect to do a movie like this, is that it's the kind of movie that actors need to be out there, so that Hollywood sees you in a bigger light? Do your agents discuss that kind of thing with you, when you think about doing a big franchise movie?

SAM ROCKWELL: What do you mean, do they say, like, "Oh, you've got to do this," or whatever? 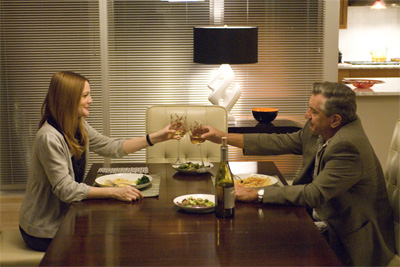 SAM ROCKWELL: Yeah. Yeah. That's basically what they say. I mean, they say, "You got to do this." I mean, at one point, there was a play that might have been a conflict and thank God, we got the play pushed, so I'm going to get to do the play as well. But there was maybe a time when I was going to have to make a choice. And that's a tough choice: A Broadway play that I'm really excited about, or Iron Man. So you go, "Oh, wow, what are you going to do?" So, that's good that I didn't have to make that choice.

SAM ROCKWELL: It's a new play by Martin McDonagh, who wrote Pillowman and stuff.


QUESTION: Do you have a start date?

SAM ROCKWELL: We should be rehearsing in January, I think.


QUESTION: So it'll be on in, like, March or April?


QUESTION: And then you have to do the whole Iron Man junket circle. 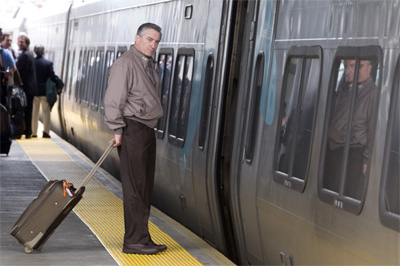 SAM ROCKWELL: Yes, I guess we're going to do some junket stuff, yeah. We'll figure out what that's going to be all about.


QUESTION: Any other plans?

SAM ROCKWELL: That's it. I mean, we've got Betty Anne Waters coming out at the end of the year, next year. And we've got this one. And that's it.


QUESTION: So is this, for you, one of the most creative moments in your career? And is this the time that you're having the most fun?

SAM ROCKWELL: You know, it actually is a lot of fun. It's not a lot of pressure. I'm just going to work, showing up and doing jobs and some are good, some are great. But it's not like any expectations to be something. I feel like I'm really coming into my own a little bit.


QUESTION: The first time we met, actually, was at Sundance for Lawn Dogs. How surprised are you that your career has maintained the longevity that it has?

SAM ROCKWELL: Well, I always kind of planned it this way, to be honest with you. I never really wanted to play kids but cops. I always wanted to do, like, The French Connection, but my face was too young-looking in my early 20s, so, I was sort of waiting for this point. I'm still looking a little young, actually. I can't wait 'til I get some more wrinkles, because those are the actors that I admire. Gene Hackman was 40 when he did The French Connection and Nicholson was probably 40 when he did Cuckoo's Nest. So, I prefer to be older and I think I'll have more fun with the parts. I was never good at the Teen Beat thing. That was never my thing.