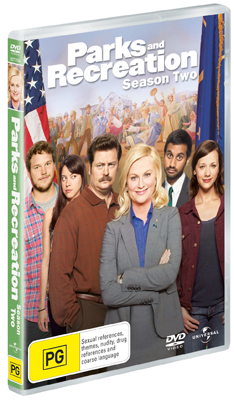 Receiving rave reviews in America the second series returns to the town of Pawnee with Indiana's most enthusiastic public servant, Leslie Knope. Leslie is busy solving all of her town's problems including hosting a local telethon, ridding the golf course of possums and getting unhealthy energy bars out of park vending machines.

With tons of bonus features and a third season commencing soon, this is the perfect time to fall in love with Pawnee's mixed bag of kooky public servants.