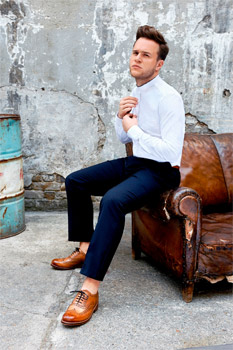 Nine Live and Sony Music Entertainment Australia are excited to announce that one of pop music's biggest and most enduring stars Olly Murs is set to return to our shores in August for a national tour. The Australian leg of his Never Been Better Tour will start on August 4th at Perth Arena and will conclude at Sydney's Enmore Theatre on August 11th.

'I am so excited to be heading back down under for my Australian Never Been Better Tour in August! Last tour was only the East Coast so it's great to be heading to Perth and Adelaide this time around. Australia is like a second home to me, so I can't wait to get back and see all my fans again." – Olly Murs

Olly Murs released his fourth studio album Never Been Better in November last year, which reached #1 on the UK album chart and spawned the first single -Wrapped Up' featuring Travie McCoy, now with ARIA accredited Gold sales. His most recent single -Up' featuring Demi Lovato is also certified Platinum sales and continues to heat up the airwaves – check out the video which has clocked over 30 million views here.

The Never Been Better Tour is currently making its way across the UK with Olly performing to sold out crowds in multiple cities including numerous dates at London's O2 Arena, before heading to Europe.

With three multi-platinum albums, four number one singles and numerous sold out arena tours under his belt in the UK and Europe, Olly Murs has also had a huge presence in Australia throughout his career, including an East Coast tour in 2013 and his most recent promotional visit in October last year. Olly Murs' 2012 ARIA Gold certified album Right Place Right Time featured the Double Platinum ARIA Top 5 hit -Dear Darlin', as well as the ARIA Top 5, number one Airplay and Triple Platinum certified single, -Troublemaker' feat. Flo Rida.

Tickets for Olly Murs' Never Been Better Tour in Australia will go on sale to the general public on Thursday April 30th from 2:00pm (local time).

Book Through Ticketek: www.ticketek.com.au Or Phone 132 849 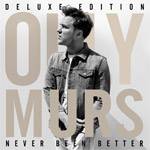 Co-writing the majority of tracks, Olly Murs is back with his most impressive album yet. Highlights are many and...