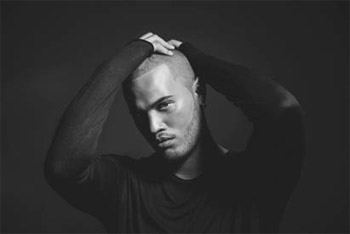 Grammy Award winner Kelly Clarkson confirmed earlier this month she will be returning to Australia this May to support her new album Piece By Piece, released on RCA Records through Sony Music Entertainment. Whilst in Australia, Kelly will perform a very special one off show at The Star Event Centre in Sydney on Friday May 8th with thanks to radio partner Nova FM.

Today we can officially announce that special guest, Stan Walker will be supporting Kelly for this one off show, performing songs from his top 10 ARIA album debut, Truth and Soul released April 17th through Sony Music Entertainment Australia.

'There are voices and then there are Voices!" said Stan. 'Kelly Clarkson is one very special voice; one of the greats - and what a body of hits! This is one show I want to watch."

To date, Clarkson has released six studio albums (Thankful, Breakaway, My December, All I Ever Wanted, Stronger, Piece By Piece), one Greatest Hits album, one Holiday album, and sold over 20 million albums worldwide. Her previous studio effort Stronger was certified platinum in Australia and produced the #1 ARIA hit -Mr Know It All' and the Double Platinum smash -Stronger (What Doesn't Kill You)'.

Stan will be supporting Kelly at The Star, Sydney's leading entertainment destination, in the purpose built Event Centre to an intimate audience of just 2500. Located on the rooftop of The Star, with views over Sydney Harbour and the city skyline, the venue is the perfect concert setting to catch the A-list star in Sydney.

The Star is Sydney's only world-class casino and entertainment destination. The Star offers award-winning chefs and restaurants, luxury hotel accommodation and serviced apartments, a 16-room day spa, an international designer retail collection as well as a world-class casino and international nightclub Marquee.  The $100 million Star Event Centre is a state-of-the art multi-use venue and has hosted more than 300 events since opening in January 2013, including The AACTA Awards, The ARIA Awards, The Premiere of World War Z, charity events for the Starlight Foundation and Sony Foundation and international talent such as Cold Play, Ricky Martin, Tina Arena, and Alicia Keys.

Clarkson will perform the special gig at The Star, Sydney's leading entertainment destination, in the purpose... 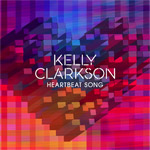 Stan Walker has been in NZ working on various projects including a judge on X Factor, the movie Mt Zion and...