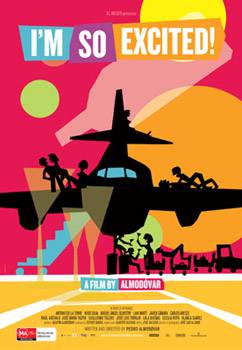 Legendary Spanish director Pedro Almodóvar (All About My Mother, Volver, Talk To Her) is back with a kitsch and outrageously funny comedy set mostly on a plane!

The comedy follows a very mixed group of travellers who are in a life-­threatening situation on board a plane flying to Mexico City. Their defencelessness in the face of danger provokes colourful confessionals that become the best way to escape from the idea of death.

Special Features:
Behind the Scenes