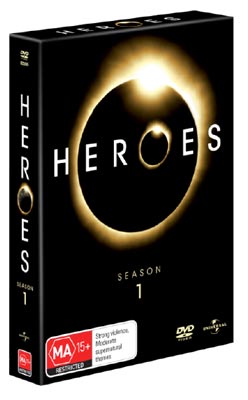 Mohinder Suresh (Sendhil Ramamurthy), a genetics professor from Chennai, picks up his late fathers research and makes an astonishing discovery -a seemingly random group of people around the world are developing astonishing super powers. From a drug-addicted artist (Santiago Cabrera), who paints the future and an ambitious politician (Adrian Pasdar) who can fly, to a New York cop who hears other peoples thoughts (Greg Grunberg) and a Japanese computer programmer (Masi Oka) who can distort the space time continuum, these new Heroes seem to have a shared destiny.

Heroes: Season 1 reveals some of the shows hidden secrets with interviews, mini documentaries and extensive profiles, including: