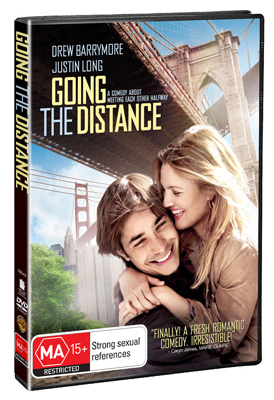 Going the Distance follows Erin and Garrett as they meet by chance in New York City and spark a full-fledged summer fling. Neither expects it to last knowing Erin has to head home to San Francisco and Garrett has to stay behind, but after six weeks together in the city, they aren't sure they want it to end. And while Garrett's friends pick on him for his full-time relationships with his cell phone, Erin's high strung sister is trying to shield her from going down this long distance path. However, despite the time zones and the nay-saying friends and family, Erin and Garrett might just have what it takes to go the distance.