Fatal child drownings: Chores a distraction in more than 4 out of 10 cases

New UNSW research is a timely reminder this summer that housework, socialising and miscommunication can become deadly distractions when young children are left alone in or near water.

Leaving children unsupervised in or near water while checking a pot on the stove, hanging washing out to dry or monitoring other children can lead to fatal drownings, a new study by UNSW Sydney, James Cook University and Royal Life Saving Society – Australia has found.

Indoor household duties alone were the main factor in almost one in three child drownings where a lapse in supervision led to the fatality, the research showed.

Talking or socialising and miscommunication between supervisors were also contributory factors in child drowning deaths, according to findings published in the Journal of Paediatrics and Child Health recently.

Lead author Amy Peden, of UNSW Medicine and a senior research fellow with Royal Life Saving Society – Australia, said drowning was a silent killer because children might not call out for help.

"Drowning can happen quickly – anything that holds enough water to cover a child's nose and mouth can cause a drowning," Dr Peden said.

"In Australia, although backyard pools and bathtubs are most common, we have had fatal drownings in pet bowls, nappy buckets and shallow fishponds.

"Anything that can hold water is a risk to young children and that's why active, continuous supervision is so important and summer is a good time to remind families of this."

Children under five most at risk of drowning

The study analysed all closed cases of fatal accidental drownings of children under five between 2002 and 2017 in the National Coronial Information System, excluding cases where there was no distraction from supervision in the chain of events leading to the child's death.

Dr Peden said this age group had the highest risk of accidental drowning in most countries, including Australia, and the home was a common location.

The researchers examined the circumstances which caused the distractions and consequent lapses in supervision leading to these deaths.

According to the coronial data, 447 children drowned and 53.3 per cent of the fatalities involved swimming pools.

"In almost all cases, it's an unsupervised child who has drowned, either during a short or long lapse in supervision," she said.

"The child might have slipped under the water in the bath or entered the backyard swimming pool – these are the most common scenarios.

According to the Royal Life Saving Australia 2019 National Drowning Report, 19 children under five died from drowning in 2018-19.

The 10-year national average for this age group is 27 unintentional drowning deaths a year. 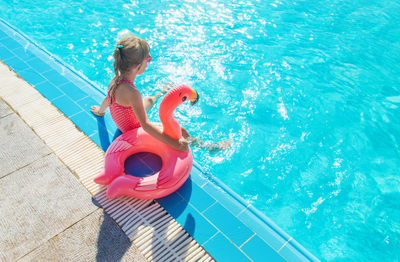 Dr Peden said it was unsurprising a key finding was that indoor housework was the most common distraction leading to child drowning fatalities, particularly in bathtubs.

"These are real-life cases of drowning where everyday tasks caused lapses in supervision and children have died," she said.

"You might not think you'll be gone for long but often you're away for longer than you expect.

"If you're supervising children in or near water, wait until they are out of the proximity of the water or out of the bathtub before doing your chores.

"Bringing forgotten items back to the bathroom, putting on another load of washing or finishing the vacuuming is just not worth the risk of losing a child to drowning."

The study showed the second most common distraction was outdoor household duties such as hanging the washing up, taking the rubbish out or doing outdoor repairs.

Dr Peden warned that these outdoor tasks were especially known to cause a break in supervision of children near home swimming pools.

"The adults and the children are outside together, but an outdoor activity – even looking after other children – distracts the caregiver and their supervision lapses," she said.

"Unfortunately, that's when a child gets into a pool, usually one that was unfenced or had a gate that was deliberately propped open."

Socialising and miscommunication are also factors

Dr Peden said circumstances where talking or socialising distracted caregivers and led to children drowning involved more than one caregiver being preoccupied.

"There might be a group of adults at a Christmas party or barbecue, but they are busy talking or socialising while a child drowns in a swimming pool or river," she said.

"Similarly, there is miscommunication between parents where each mistakenly believes the other is supervising the child – those are tragic scenarios as well.

"So, designate someone as the active supervisor in social settings where children are in or near water.

"The supervisor should pass that duty to someone else when they leave the area, so these drownings won't happen."

Dr Peden said she was surprised that smartphones were a less common distraction leading to children drowning, but this might change in future.

"We were expecting smartphones to be almost the top cause of distraction because of the prevalence of such devices," she said.

"So, it would be interesting to run this study again in a few years to see if smartphones have crept up the list, because our data started in 2002-03 before smartphones became prevalent."

In addition, an unusual finding was how, in seven cases, a medical issue affected the ability of the parent or caregiver to supervise a child who drowned.

"The caregiver or parent has had a migraine, seizure or was otherwise ill and the child drowned while that adult was incapacitated," she said.

"We need to look at how we can provide better support to single parents when they're feeling unwell, because in every one of those cases they were the only adult there – there was no miscommunication between parents."

The study's findings on causes of distraction, and strategies to minimise them, will inform public awareness initiatives, such as Royal Life Saving's Keep Watch program, to guide parents and caregivers to better supervise children in or near water.

Question: Are you surprised by the new UNSW research?


Question: What are the biggest risk factors identified in fatal child drownings?

Amy Peden: A lack of active adult supervision is one of the biggest risk factors. Location is also key, with different locations posing different risks. Peak risk occurs between 1-2 years of age, in the afternoon hours when other household duties can distract, during the Spring and Summer months and overwhelmingly occur in the child's own home. Even at this age, more boys drown than girls.


Question: Where do most fatal children drownings occur?

Amy Peden: Bathtubs pose the highest risk for children under 1 year of age, and then swimming pools pose the highest risk for 2-3 year olds. For bathtub safety, it's about parents being prepared with everything they need before putting the child in the bath – not ducking out of the bathroom to grab a forgotten towel or pyjamas and not leaving a young child in the supervision of a sibling. For swimming pools, a correctly installed and regularly maintained pool barrier is key, and ensuring the gate self-closes and self-latches and, ensuring you never prop the gate open.


Question: How have smartphones changed the fatal child drowning rates?

Amy Peden: Smartphones and smart devices were grouped into the electronic distractions category and were only the fourth leading cause of distraction leading to supervision lapses in cases of unintentional fatal child drowning in Australia. This study did draw from data that stretches back to 2002 so rerunning this study in a few years might see electronic distraction such as smartphones and smart devices become more prominent. However, overwhelmingly it's household chores, both indoor and outdoor, most commonly implicated. The message of this research is clear: no task is worth a child's life and supervision must be continuous and attentive, without distractions. 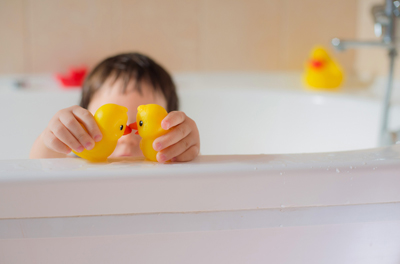 Question: Why are children under five at most risk of drowning?

Amy Peden: Children under five are at the highest risk of drowning because they are inquisitive and are drawn to water, but are top heavy and can easily topple in. They often don't have the swimming or survival skills to get themselves out of trouble once in the water and don't understand the risks that water can pose.


Question: What advice do you have for parents regarding unsupervised children near water?

Amy Peden: Failures in supervision are a leading risk factor for child drowning. When children drown it is very quick and silent. Children won't call out for help and drowning can occur within a few minutes. When you duck off to check the dinner on the stove or put the washing on, you're often distracted and away from your child for longer than you think. So, it's important to always supervise children in and around the water.


Question: How can parents prevent the risks associated with drowning?

Amy Peden: As a mum of two children, a 3-year-old and a 10-week-old, I know how hard it can be to keep an eye on children and keep the running of a household and all the chores that come with that, under control. However, as parents, we must remember that supervision is key and no other task is more important than keeping a child safe around the water. If parents and caregivers would like more information, please visit the Royal Life Saving website to learn more about the Keep Watch program: https://www.royallifesaving.com.au/families/at-home/toddler-drowning-prevention