After studying law, Butler turned to acting in the mid-1990s with small roles in productions such as Mrs Brown (1997), the James Bond film Tomorrow Never Dies (1997), and Tale of the Mummy (1998). In 2000, he starred as Dracula in the horror film Dracula 2000 with Christopher Plummer and Jonny Lee Miller.

He subsequently played Attila the Hun in the miniseries Attila (2001) and then appeared in the films Reign of Fire with Christian Bale (2002) and Lara Croft: Tomb Raider – The Cradle of Life with Angelina Jolie (2003), before playing André Marek in the adaptation of Michael Crichton's science fiction adventure Timeline (2003). He then was cast as the role of Erik, The Phantom in Joel Schumacher's 2004 film adaptation of the musical The Phantom of the Opera alongside Emmy Rossum. That role earned him a Satellite Award nomination for Best Actor.

Although Attila and The Phantom of the Opera were important breaks, it was only in 2007 that Butler gained worldwide recognition for his portrayal of King Leonidas in Zack Snyder's fantasy war film 300. That role earned him nominations for an Empire Award for Best Actor and a Saturn Award for Best Actor and a win for MTV Movie Award for Best Fight. In the 2010s, he voiced the role of Stoick the Vast in the animated action-fantasy film How to Train Your Dragon, a role he later reprised in Legend of the Boneknapper Dragon (2010), Gift of the Night Fury (2011), and How to Train Your Dragon 2 (2014). He played military leader Tullus Aufidius in the 2011 film Coriolanus, a modernized adaptation of Shakespeare's tragedy of the same name. He also played Sam Childers in the 2011 action biopic Machine Gun Preacher.

Milo Boyd, a down-on-his-luck bounty hunter, gets his dream job when he is assigned to track down his...

Scottish actor Gerard Butler sang for his supper as the ill-fated Phantom of the Opera and not to be outdone,... 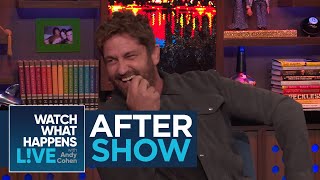 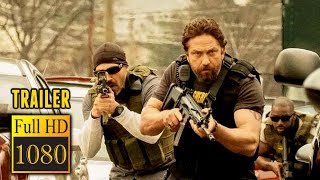 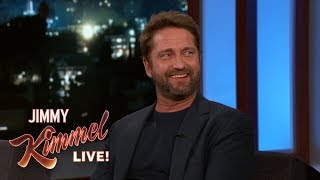 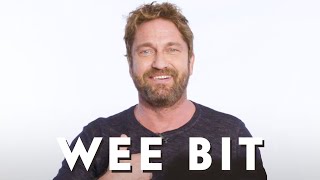