Verdict: WOW! Movie 43 is very different to your average comedy flick its shocking! Nothing or no one is sacred in Movie 43!

Whilst I laughed from start to finish I have to stress Movie 43 is disgustingly hilarious and not for the easily offended; the Happy Birthday, iBabe and the Basketball skit were my highlights. I was blown away by the big name actors featuring in such an adverse film to their typical roles.

This movie is messed up to say the least however I enjoy movies that test the limits and I do recommend everyone sees the film because it is funny however be aware some parts did make me physically ill.

Interview with A Conversation Between Producers Charles B. Wessler and Peter Farrelly

Charlie Wessler: So you wanna know how this crazy movie came about? There was this movie that came out called Kentucky Fried Movie. It was an anthology comedy - a bunch of individual sketches of just the most outrageous stuff you ever saw.

Peter Farrelly: It literally changed the face of film for me. There was stuff in there that made me go, "I didn't think you could do that."

Charlie Wessler: Yeah, it was that way for me, too. There was this scene where they had these "Catholic school girls", and they're in the shower with their boobs up against the glass - now that I look back it was childish, but I just thought that was groundbreaking and funny and kind of sexy all at the same time. I'm like Pete - I was, like, "We could do that?" Or more, "I need to do that."

Peter Farrelly: There also hadn't been a movie made up of shorts in that way either.

Charlie Wessler: That's right. We had grown up on television variety shows, where things were segmented in one way or another. But you never went to the theater and saw it. So there I was a few years later, thinking "I'm gonna do something like that." But not exactly the way John Landis and the Zuckers had done it with Kentucky Fried Movie - that had one director, one set of cast members and one set of writers, all doing every sketch. This would be different, with different writers, directors and actors in each short. Well, ours, at first, was going to have three sets of filmmakers - the Farrelly Brothers, the Zuckers (Airplane) and Matt Stone & Trey Parker ("South Park"), each doing 1/3 of the movie. They all agreed, and we set it up at one studio - this is about 12 years ago - but they dropped it, mainly because they figured they wouldn't be able to market it to teenagers if it was R-rated. 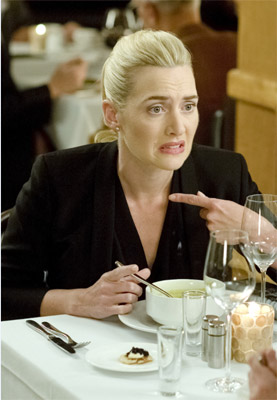 I'd take it around and pitch it to people over the years, but everyone would say, "No, it's not going to work." Then I brought it to a good friend, a producer named John Penotti, who's produced 20 independent movies in the $2-3 million range, very successfully - and our budget was going to be about $5 million, so I knew he'd know how to make a movie like this.

Peter Farrelly: He really became an equal partner with us, both financially and creatively. Oh, and by the way, how do I know Charlie? He'd been producing most of the Farrelly Brothers movies, ever since Dumb & Dumber.

Charlie Wessler: And now I'm not so sure about John either! (laughs) So anyway, I talked Penotti about it, and he decided to finance some scripts. Once we'd have scripts, I wouldn't have to just pitch this thing, I'd have something to show people. It took about ten months, but then we had 20 scripts, six or ten pages each, which would make it easier for people to understand.

So I started calling agents and friends, just got the word out that we were looking for scripts. I just told people that I wanted something that was insane, crazy and funny.

Peter Farrelly: You were also saying that it didn't have to be funny, we just want outrageous, unusual stuff. Because we didn't want it to be limited to one kind of joke.

Charlie Wessler: Yeah. Like the one Griffin Dunne ended up directing, "Veronica/CVS." It's this moment in time between these two people. Some people laugh, some people are just engaged in their drama.

So I got the word out, and over about a year's time, got in TONS of scripts - literally thousands of submissions, I'm not kidding you. They came in the form of treatments, scripts and phone pitches.

Peter Farrelly: And these were people you hadn't even met before, right? They just had agencies sending in stuff.

Charlie Wessler: That's right. I'd say 95% of them I'd never heard of in my life. We even had actors calling to pitch ideas - all kinds of people calling me. Well-known people from TV and film. A lot did not make it into the movie, unfortunately, but some of them were very funny. Rainn Wilson wrote one that was very good, but, at the end of the day, we ended up just not having enough money to do every script that we loved. 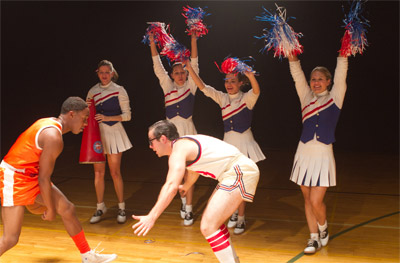 Peter Farrelly: Then we got Rocky and Jeremy.

Charlie Wessler: Yeah, Rocky Russo and Jeremy Sosenko, who kind of became our core writers. I was talking to these two managers, and they had just signed these two guys from Second City Chicago. They called me to see what I was looking for - I found this out later - they had called from the side of the road driving two cars from Chicago to L.A., because they had decided it was time to move to L.A. and become professional writers. They'd never been to L.A. That began our relationship. And they must have submitted 20 different scripts. And what's great is, I could call them and say, "So-and-so wants to do one, but they don't like the scripts we have for them." And they would go and write hilarious stuff in two hours.

Peter Farrelly: The next step was getting some big actors signed on. And we really wanted people who you don't expect to see doing outrageous comedy like this. And the funny thing is, they wanted to do it, because it was short - just two days out of their schedules, where they're not doing the same kinds of things they always do. They could step out of themselves and make people laugh.

Charlie Wessler: I started sending scripts around to agents and calling them and saying, "Here's 15 scripts. You decide what you want to submit to your clients." Everybody at these agencies were a little shy going to their clients with this INSANE material. So we had to get a couple of friends to get them onboard first.

Hugh Jackman was the first guy to sign on. I had met him at a friend's wedding. And we needed an actress, so we called Kate Winslet's agent, Hylda Queally, who's a really wonderful and open to two nitwits calling her. A lot of agents were terrified of this thing, but people like Hylda totally embraced it and thought it was funny. They knew it was tricky, but also that it could turn out to be really funny. She gave it to Kate, and a couple of weeks later, she said she'd do it.

And once we had them onboard, and Pete had shot their short, "The Catch," we had something to show people, and then they were almost chomping at the bit to get to do one. It was great. We invited the guys who run Relativity Media, Ryan Kavanaugh and Tucker Tooley, to our editing room to view it, and they totally got what we wanted to do. Ryan just said, "Let's make this movie." 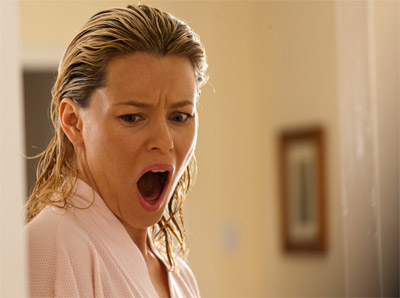 Peter Farrelly: It was really all about schedule with a lot of these people. Charlie would call them, and they'd say, "Yeah, I'd love to do it, but I'm in the middle of a movie. I can do it in nine months, next September." And he'd just go, "Fine, we'll see you in September." That's why this film took four years to make - it wasn't sitting on shelf somewhere. We'd get who we'd get when we'd get them, and that's how it worked.

We looked at our favorite directors, but it was the same thing as with the actors, some of them just weren't available. It's not like with an actor, who can slip in a day or two to do it. A director's shooting, editing, mixing. But eventually, we got some really great people.

Peter Farrelly: And it's funny, you'd think it would be harder to make people laugh when you've only got seven minutes, versus an hour and a half for a regular feature comedy. In fact, in some ways, seven minutes is easier, because you don't run out of steam. You have to shoot it and get the hell outta there, because you don't have much time with these actors. But it all starts with the script. If you have a funny script, and you are true to that script and faithful to it, and you find funny stuff on the day when you're shooting, you're gonna have funny shit. And these guys all ran with it and came up with some outrageous shorts.

Charlie Wessler: Tell them where the name MOVIE 43 came from. Cause it was, for a long time, just called "Farrelly/Wessler Untitled Comedy." And then one day, Pete calls me up and goes, "I got a title! I got a title!" I go, "What is it?" He says, "Movie 43."

Peter Farrelly: Oh, yeah. So I'm driving my son and his friends home, and they were about ten, and I'm listening to them talking. And they start going, "Did you see this on the internet? Did you guys ever see 'Movie 43?'" I perked up, "'Movie 43?' What's 'Movie 43?' He goes, "Oh, it's this great movie, it's online. It's supposed to be crazy, it's nuts!" Well, they'd never seen it, and it turned out it didn't actually exist. But the name stuck in my head.

Charlie Wessler: We talked about it for months. And then Rocky and Jeremy came up with this idea of the kids sitting in a room, and one of them says, "Hey we should see 'Movie 43.'" So that's how it came about.
And now. . . you should see MOVIE 43.