Friends Wallace Bryton (Long) and Teddy Craft (Osment) are two brash Americans who host a popular podcast where they find and mock bizarre viral videos. Wallace ventures to Canada to interview a star of a viral video but the meeting suddenly falls through. He instead decides to follow another hopeful lead in the backwoods of Canada that promises a lifetime of marvelous stories. Wallace's search brings him to the house of a man named Howard Howe (Parks), a strange old seafarer with an incredible past and a disturbing fondness for walruses. Wallace's adventure takes a turn for the worst when he abruptly disappears whilst interviewing Howard, prompting Teddy and girlfriend Allison (Rodriguez) to team with an odd ex-cop (Depp) to frantically search for him.

A chilling horror tale about the perils of storytelling, Tusk follows a brash American podcaster as he braves... 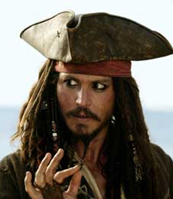 JOHNNY DEPP (Willy Wonka) has earned both critical and popular acclaim for his unique work in a variety of...