Brooding and enigmatic, Thomas Keating has announced his yearner of a new single, Cold Night, out now.  Inspired by distance, a cold Melbourne winter, and dreary early mornings, Cold Night is an exciting addition to Thomas's glowing discography.  The track is also accompanied by a stunning clip, directed by Kieran Gilfeather.

Evocative of Elliot Smith, Phoebe Bridgers and Angie McMahon, Cold Night is a broody rambler, made for grey mornings and stomping through puddles in the rain.  Thomas's gentle voice wraps around a slow, steady beat as delicate strings float around the arrangement, like the silver lining on a cloud.  The track was mixed by Thomas himself, produced by Gordon Burke and mastered by Nick Franklin, and reflects a deep sense of yearning, of wanting, as Thomas explains, "A few years ago, I moved to Melbourne for the year.  I moved in the middle of winter, I was living in Fitzroy and I was feeling pretty down and lonely since I hardly knew anyone in this new city,  and I could not believe how cold it was!  I was working at this café at the time and I would start at 6 in the morning and walk to work.  I came up with lyric for the chorus as I was walking to work one morning."

Directed by Kieran Gilfeather, the video for Cold Night is dark and intimate, as Thomas is silhouetted both seated at the piano and beside another figure in a car, driving the streets in the glowing night.  It's mysterious, almost incomplete, and keeps the viewer on their toes as the story progresses.  Wordless frustrations peak between the couple in the car, until the only thing left in sight is the rear window.  "Kieran and I came up with the concept together. I wanted to do something with the video clip that expressed the yearning and lonely feeling I was experiencing when I wrote the song," says Thomas. "I wanted to use the video to express the difficulties that can be experienced in a relationship, how love can be beautiful but also complicated at the same time".

Directed by Kieran Gilfeather, the video for Cold Night is dark and intimate, as Thomas is silhouetted both seated at the piano and beside another figure in a car, driving the streets in the glowing night.  It's mysterious, almost incomplete, and keeps the viewer on their toes as the story progresses.  Wordless frustrations peak between the couple in the car, until the only thing left in sight is the rear window.  "Kieran and I came up with the concept together. I wanted to do something with the video clip that expressed the yearning and lonely feeling I was experiencing when I wrote the song," says Thomas. "I wanted to use the video to express the difficulties that can be experienced in a relationship, how love can be beautiful but also complicated at the same time".

Thomas Keating: I would describe my music as cinematic folk rock with a pinch of emo.


Question: Can you tell us about Cold Night?

Thomas Keating: Cold night is my latest single that I have just released! I wrote this track a couple of years ago when I had just moved to Melbourne. I was feeling pretty lonely when I first moved and it was right in the middle of winter. I couldn't believe how cold the city was compared to Sydney. The cold weather and isolation really helped me to be really creative while I was there.

Thomas Keating: My inspiration for the video came from reflecting on the difficulties that arise in romantic relationships. I am a happily engaged soon to be married man these days but it has not been without its challenges. Making the decision to settle down and start a family of my own has inspired a lot of gratitude for getting to this place in life with my fiancé and I.

Thomas Keating: The message that I would like listeners to take from my music is that they are not alone in their everyday struggles. Music has always helped me get through the dark times, especially sad songs. I have always felt such relief in listening to a song and identifying with the struggles the artist is singing about. It has always helped me to feel less alone and if I could do that for someone else it would make me really happy.

Thomas Keating: I get a lot out of both, in very different ways. Though, if I had to choose it would be the studio. I am quite the hermit and love tinkering away in the recording studio. I just recently set up my own recording studio in Sydney and I feel so at home there working on and creating new material.

Thomas Keating: I can't quite remember my first performance but I can recall one of my earliest gigs way back when I was only thirteen years old: My high school band - Something In Common played at the Civic Theatre in Newcastle. We had written one song called, Will You Be My Girlfriend and I was convinced after the performance that night we were going to be famous!

Thomas Keating: My favourite song to perform live at the moment is actually one that I haven't released yet called, "Brother Come Get Me". It is a really important song to me and it has a great energy when I play it live with my band.

Thomas Keating: One of the artists I am currently listening to a lot at the moment is Melbourne singer songwriter Angie McMahon. I think her debut album is such an amazing body of work and the songs are so easy to relate and connect to. 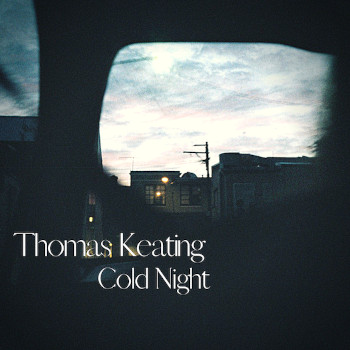 Thomas Keating: When I was around 15 years old my father sat me down and got me to watch the concert - The Last Waltz. In one of the earliest scenes of the film the band walk out for the encore. The moment I saw Robbie Robertson of The Band walk up to the microphone and say to the crowd "you're still here huh!" was the moment I was like, I want to be a musician!

Thomas Keating: I would have loved more than anything to have collaborated with the late Elliot Smith. I think he was just such an amazing songwriter with an uncanny ability for melody and harmony. I feel one would learn an enormous amount about song writing if they got to sit down with Elliot Smith and write something.

Thomas Keating: Oh yes! There have been many lol. My experience is that it can be really up and down pursuing a career in music. There have been times where I have been so broke, so mentally and physically exhausted that I have just felt that I cannot keep doing this. Thankfully though something has always come along just at the right time to restore faith in myself and show me that I should just keep going. I am really happy today that I have stuck in there and I am still doing what I do with music.

Thomas Keating: A typical day for me is that I wake up and have two coffees and some breakfast. Then I get ready and head into the studio and I work with my long time friend and producer Dorny Mayes for the day. After that I head home and hang out with my fiancé. We often go for a walk or a run, try to do something healthy. We are both pretty slack with cooking and we have so many amazing places to eat around where we live so we often head out for a bite. Then I often read a book or watch some Netflix.

Thomas Keating: My favourite part of making music would have to be the connections I have made with people and the experience of being in the studio and collaborating to make art with other like minded musicians.

Thomas Keating: I have an EP all finished and ready to go and I am planning to roll that out over the months ahead. I am also in the studio at the moment working on a new record that I am planning to get the first tracks out around mid next year. Also I have a yearning to get out and play some more shows. Since Covid I really have not played live much at all! And I truly miss it so much.