The Grogans Inside My Mind 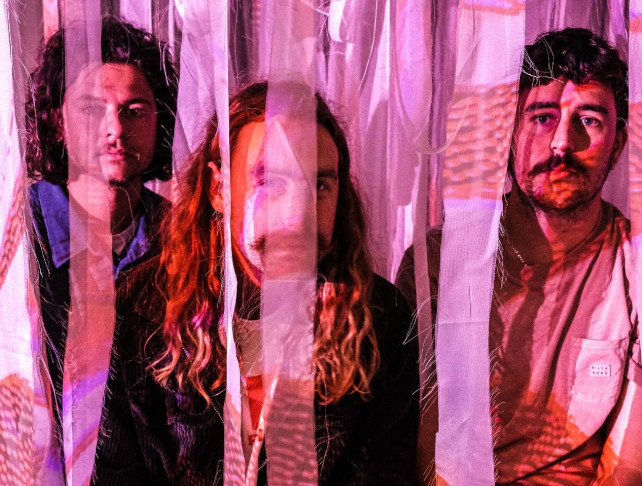 Melbourne raconteurs The Grogans return in all their laconic glory on their all out audio visual psych trip 'Inside My Mind'. Filling the big shoes of the trio's recent success with their 7'' double A-side singles 'Just A Kid' and 'Be Your Man'"collectively added to Spotify's New Music Friday AU & NZ, Fresh Finds AU & NZ and Local Noise playlists"'Inside My Mind' continues The Grogans' prolifically inventive and pigeonhole-defying style in a bluesy psych trip of epic proportions. To celebrate the release, Quin, Gus and Jordy, are thrilled to announce an upcoming Australia New Zealand tour this winter, heading to Tasmania, Sydney, Melbourne, Perth, Adelaide, Brisbane, Byron Bay, Christchurch, Auckland and Wellington.

Out today via Cousin Will Records in tandem with a kaleidoscopic new video accompaniment, 'Inside My Mind' navigates perceived misconceptions and irrational thoughts in a woozy fuzz fest of swampy blues and surf psych. The song's lucrative reverberations and hazy delay are exemplified by the Jackson Hayat directed clip with glistening colourful visuals by Nathaniel Stewart in a fever dream feast for the senses. Be sure to join the band tonight at 6pm AEST as they go live on their Youtube to join their fans in the video's official release.

"The concept behind Inside My Mind's music video was to create a set that made it look almost as if we were performing inside our own heads. The installation + projections build on this concept further, as when each of us are playing on our own within the installation, it is as if our minds are clogged up with our own thoughts (in this case, colours). These shots are then mixed in with the shots of the three of us all playing together, those shots are a lot less dense, with the colours / projections working together to create beautiful visuals without much at all getting in the way." – The Grogans

"Inside my mind is a track that has been around for years. I believe it was written sometime between 2016/2017. This song is based on that anxious feeling you might get from making up irrational things in your head but understanding they are just fake perceptions you've created. The whole song (lyrically and sonically) is a different feel for this album following the last two singles, but our albums tend to normally dip into a few different genres, reflecting the three of our different influences." – The Grogans

Having just completed a massive sold out Australian tour with Hockey Dad, as well as performing at Sailor Jerry's Road to Rolling Stone concert alongside Eliza & The Delusionals and The Terrys, The Grogans are in fine form and raring to go for their biggest tour to date kicking off this June across three months at major cities across Australia and New Zealand. Do not miss your chance to catch this rising chameleon act as they perform songs from their expansive surf, punk, blues and reggae catalog this winter.