Gretchen Klempa Drunk At Your Funeral 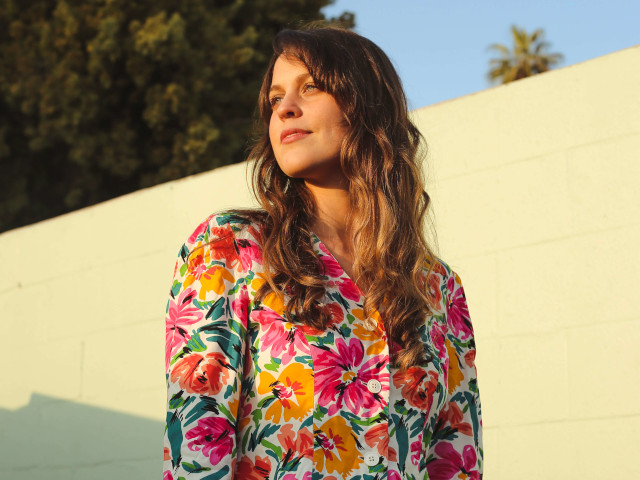 Gretchen Klempa is a Los Angeles based musician originally from Boston. Having spent years writing and performing with a band, she always felt she lacked a connection with the music she was collaboratively creating, as it wasn't fully honest or vulnerable. Deciding to take the leap and go solo, the artist now crafts autobiographical songs which are entirely unfiltered and achingly authentic.

Her upcoming EP was written during the pandemic, where Klempa was inspired to reveal her most personal work to date. Klempa confides, "If I could die tomorrow in a global pandemic, what would I want to say to the world? What is my voice? This upcoming EP is an ode to my 20's. Your 20's are really fucking hard and not many people talk about that." The new tracks are not highly crafted pop songs, they are snapshots of where she was in time when the world was ending. Covering themes of loss, grief, growing up, questioning religion and letting go, Klempa has concocted a relatable and heartfelt release, oozing with emotion and candidness, featuring dark and sometimes sarcastic lyricism.

The first single to be released from the EP is the starkly personal "Drunk At Your Funeral." Described as indie/cathedral rock, Klempa showcases layered orchestral arrangements that add a depth, allowing you to completely immerse yourself in. Accompanied by laid-back, effortless vocals which narrate a painfully honest story and haunting harmonies which continue to build throughout, "Drunk At Your Funeral" sends shivers down your spine as her words echo, "I'm not ready to say goodbye."

Klempa has toured extensively throughout New England, with her previous band garnering numerous awards, including Jazz Artist of the Year in both the Boston Music Awards, as well as the New England Music Awards. 2022 is set to be a bright year for Gretchen Klempa, as she peels back some layers and proudly presents her true self.