Fozzy Save The World Tour 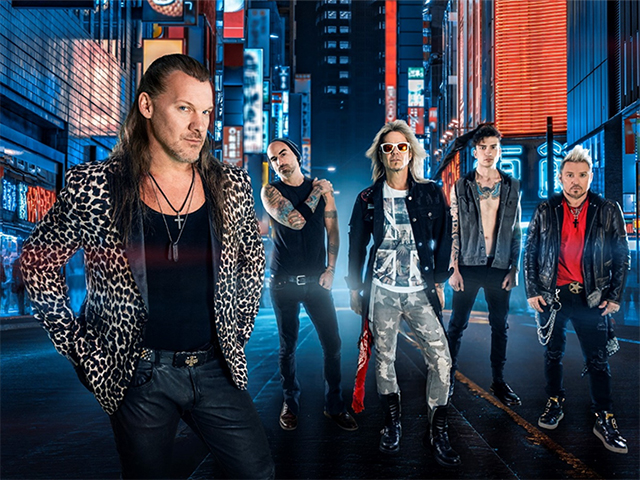 An undeniable Rock powerhouse, FOZZY have never been ones to take their foot off the pedal. Last year the band toured throughout the US, UK & Ireland on the first wave of their "Save The World Tour", all while their previous single, 'Sane', climbed into the Top 10 on the US Rock charts. Today, Fozzy is unleashing the next single from their upcoming studio album. The new track, 'I Still Burn', is a visceral anthem that speaks to the unwavering drive that's kept this band rocking for over two decades! Fans can stream the new song at the link found HERE

"I Still Burn is the story of the dreams, the passion and the fire that lies within all of us to be the absolute best we can be...and to do WHATEVER it takes to achieve the goals that make our dreams come true! The sacrifices, the losses, and the triumphs that we have all experienced make up the lyrical DNA of this song. I Still Burn is Fozzy's mission statement, our life's work and our destiny...and we are so proud to share this message of victory with our Fozzy family!! Plus, Rich's guitar solo fu*kin rules!!!"

The Duke himself, lead guitarist Rich Ward adds, "My entire career has been about pushing to the summit of the climb, never satisfied with boiling water with the Sherpas at Base Camp 2. I've been touring and making records for three decades, and I remain as passionate as ever. I Still Burn is the story of the fire that fuels that passion. This is our story!"

The newest single in Fozzy's arsenal is in good company. The band has recorded 5 consecutive top 20 singles, but fans across the world know that the benchmark was set high with their 2017 breakout 'Judas'. Reaching the Top 5 on the US Rock charts and boasting 55 million views on YouTube for the music video, the song has now reached its biggest milestone yet - Gold Record status! Symbolizing the accomplishment of 500,000 copies sold, the band is thrilled to share the news of this certification with their legions of fans - because it has always been about delivering them with the biggest and best to keep the spirit of Rock n' Roll thriving!

"Being awarded a GOLD record has been a dream of mine ever since I started listening to The Beatles at nine years old and saw a picture of them getting an award for 'Beatles VI'. Then as I grew older and heard Ozzy talk about his "gold discs" and seeing the walls of Rudolf Schenker's house plastered with framed Scorpions awards, I set my goals on someday getting one of my own. And for 'Judas' to have sold 500,000 units in this day and age, completely blows my mind as a fan and a musician, and also makes me realize how far Fozzy has come and how far we are going to go!! Thanks to ALL OF YOU for making this dream come true for me and the guys. I can't wait to hang my award on my wall…just like Rudolph."

The new album from Fozzy, BOOMBOX will see a May 6th, 2022 release.

After touring the world and building a loyal fanbase for the better part of twenty years, Fozzy is the epitome of what a killer rock n roll band should be: catchy, groovy, hooky, sweaty and most importantly, a GREAT EFFEN TIME!

With five consecutive TOP 20 singles, Fozzy is steadily becoming one of the most successful bands on Modern Rock Radio, with their breakthrough massive smash song "Judas" achieving Gold Record status of 500,000 units sold in February of 2022!

Rich Ward is one of the most versatile, talented riff machines & songwriters in rock n roll today. Chris Jericho's skills as a frontman are second to none and his vocal style & range are both powerful and instantly recognizable. The spirited drumming of Grant Brooks compliments the blazing solos of Billy Grey and the rock star energy of bassist PJ Farley. These are five seasoned pros, whose electricity and charisma light up every stage they play on and every crowd they perform for. As a result, it's no surprise that Fozzy has skyrocketed into one of the hottest rock acts in the world today.

The band inched up the ladder after releasing four progressively popular studio albums in the 2000s. However, it was 2012's "Sin And Bones", which featured the hit single "Sandpaper" (over 4.5 MILLION views on YouTube) that found the band reaching a level of legitimacy that drew a mass audience to drink in their trademark heavy melodic groove. The album eventually reached #143 on the Billboard Top 200 Chart, but it was their next album, "Do You Wanna Start A War" (produced by Ward), released in the summer of 2014, that really blew the door open, debuting at #54 on Billboard and giving the band their first top 30 single in "Lights Go Out" which was blared in sports arenas nationwide.

But as much success as the band had enjoyed, nothing compared to the juggernaut of 2017's "Judas" album. Released in May 2017, the aforementioned title track spent 5 weeks at NUMBER ONE on the highly influential 'Big Uns Countdown' on Sirius/XM's Octane channel, amassed over 55 MILLION views for its video on YouTube, cracked the TOP 5 on the US Rock Radio Charts and is still heard by millions of fans worldwide weekly on TBS Network's hugely popular "AEW Dynamite" program. The follow-up singles "Painless" hit Number 9 on the charts (almost 10 MILLION views on YouTube), "Burn Me Out" peaked at Number 18, "Nowhere To Run" cracked the Top Ten again and their most recent single "Sane", (with its roller coaster themed video- one of the most thrilling & heart stopping ever made) landing at Number 8!

Now, with those massive songs in their arsenal and the new album "Boombox" cocked and ready to go, Fozzy looks forward to being back on the road for their Saving The World 2022 Tour. After sharing the stage in recent years with Metallica, Kiss, Iron Maiden, Avenged Sevenfold, Shinedown, Slash, Three Days Grace, Nickelback, Steel Panther & Buckcherry, Fozzy is stoked to storm back on the stage to bring good times and kick ass tunes to their fans around the world... and elsewhere!

So get ready to experience the majesty and power of Fozzy LIVE once again and for Judas' sake...please wear a helmet! 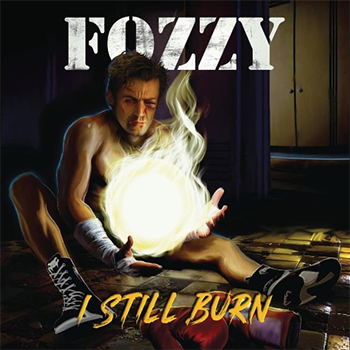