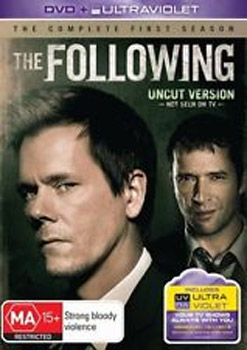 When notorious serial killer Joe Carroll (Purefoy) escapes from death row and embarks on a new killing spree, the FBI calls former agent Ryan Hardy (Bacon), a psychologically scarred veteran who captured Carroll nine years earlier, after Carroll murdered 14 female students on a college campus where he taught literature. Knowing Carroll better than anyone and close with Carroll's ex-wife, Claire, Hardy works closely with an FBI team, which includes no-nonsense agent Jennifer Mason and sharp upstart Mike Weston, and soon discovers that Carroll was not only communicating with a network of killers in the outside world, but has much more planned than just a prison escape - and there's no telling how many additional killers are out there. As Hardy and the FBI team are challenged by the ever-growing web of murder around them, masterminded by the diabolical Carroll (who's writing a novel with Hardy as his protagonist), Hardy will not only get a second chance to capture Carroll, but another shot at redemption, as he's faced with not one but an entire cult of serial killers.