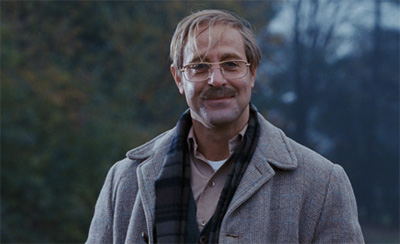 Golden Globe nominee Stanley Tucci has immersed himself in characters that are deliciously comedic and intensely dramatic, but his latest character is possibly his toughest character to date, as serial killer Mr. Harvey in the critically divided screen adaptation of The Lovely Bones, directed by Peter Jackson. An emotionally powerful tale on loss, Tucci's performance has won both critical acclaim and a recent Golden Globe nomination. As the film is about to open in the US in a wider release, the busy actor talked to Paul Fischer in this exclusive interview.


QUESTION: Now I know that you were initially reticent about taking on Harvey in Lovely Bones. First of all, what changed your mind and secondly, is it important for you to empathize with a character like this to play him effectively, or to be completely nonjudgmental?

STANLEY TUCCI: I think when you're in it, you have to be nonjudgmental, but as soon as you step out of him, you can judge him all you want. You you can only judge him as he would judge himself, when you are him. I know that may sound affected, but - you know what I mean. But, once you find the guy, you're in it. And it becomes simply about intention. Do you know what I mean? What is it that you need? What is your objective in each scene? And how does that fit into the arc? And that's all you do. And then when the scene's over, you drop it and you put it away.


QUESTION: Was it important for you to make sure in discussions with Peter, that you were not going to play a guy who was going to be involved in scenes that were sexually or violently explicit in any way? That the murder sequence was going to be as subtle and as non-explicit as possible?

STANLEY TUCCI: Yes, it was, because in the original - the first draft that I got, there was some stuff in there. And I said, "Do we need it? I think it would be better"-and they said, "No, we don't think we do need it. We're just playing around - you know, with the script, trying to figure out what we need and what we don't need." And so we were in complete agreement, as far as that. And I'm sure Saoirse was too, and I'm sure her parents were. I don't know to what extent they were involved, but I'm assuming and rightly so, because there's absolutely no need for them. Our imaginations are much more powerful, and it becomes much scarier. The suggestion of it. We know what happened, so, it was very crucial to me, not only that that stuff not be in there, but that no sort of mustache-twirling stuff, either throughout the film and that there be nothing gratuitous. That it be very kind of straightforward, in a way.

QUESTION: Yet physicality is very important to this character. Now, what did you guys work on to give him a particular physical look that would make him the kind of character he is, without it being necessarily obvious?

STANLEY TUCCI: It was really about making him the most innocuous person he could be. It was about the banality of evil, as described by Hannah Arendt, when referring to Eichmann, whom I also played. [LAUGHTER] - so, to find that, really what that meant - at least in America at that time, to me, was a guy who looked like this. And - in looking at the portraits and profiles of those serial killers, there were a lot of similarities in the mustaches and the glasses and the thing and I felt that he needed to be as blandly American as possible, which meant fairer skin, lighter eyes, sandy-colored hair. Nothing really stood out. Nothing stands out, really. And even in his dress, it should be as bland as possible.


QUESTION: Now, in doing research on this, apart from researching, I guess, serial killers, was it necessary or irrelevant to research the period? It was just the particular character?

STANLEY TUCCI: Well, yeah. I researched the serial killers of that time. I mean, I did research on a lot of them. But sort of then focused on the images of them during that time.The haircut, and all that.


QUESTION: Did you find doing that research disturbing?

STANLEY TUCCI: Oh, it was horrible. I could only do it for, like, an hour at a time. You know, you'd look at some of the documentary, and then you'd just turn it off, and try to go to one of the books, and you'd never read one of the books before you went to bed. I mean, you'd have to do it during the day. So, it took a while. [LAUGHTER]


QUESTION: What surprised you the most about working with Peter?

STANLEY TUCCI: I think maybe how much he's incredibly bright, as you know, and articulate. But his love of the technology of cinema was the thing that was really fascinating to me and his desire to kind of push it to its limits was really, really interesting. He used that little lipstick camera to see inside the dollhouse and you can get these incredible, very short focal lengths, but you're still shooting on a wide lens. And that's how he got those close-ups of my hand - you know, rolling that little charm around, the house on my leg. I mean, it was pretty amazing. It's very haunting.


QUESTION: Did you read the book once you had been cast in this? And is there a huge difference in the literary interpretation of the character, and its cinematic equivalent? 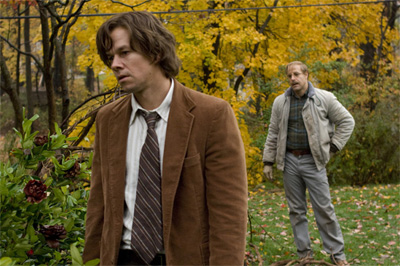 STANLEY TUCCI: I read the book after I was cast, yes but I really focused on Mr. Harvey. I had difficulty reading the family's story line, because it was too painful. I think as described in the book, he's a bigger man, physically bigger, and heavier. I mean, I can't change my height, really, but I ended up just making him, like I said, what I felt he should be. It really was the psychology of him that I took from the book, in a way.


QUESTION: Now when you work with somebody like Jackson, do you take anything away from him as a director, that may follow through with your future work as a filmmaker?

STANLEY TUCCI: Yeah, without question. I mean, Pete and I shoot very differently, obviously. I mean, you know the way I shoot; it's very simple and straightforward. But I think he taught me not to be so afraid, but, so resistant to the technology of film. I think that's what I took away from it.


QUESTION: Your last film as a director, you directed for purely personal reasons. It was a small movie. Do you want your next film to be a return to how you began as a director? Or are you looking at something else completely different to direct now?

STANLEY TUCCI: No, no. I guess the next film will be similar to Big Night, maybe. But it's a story that I wrote and takes place inpresent-day, and it takes place in Westchester. But it's a multi-character piece. It's not just two people. It's not like a little chamber piece.


QUESTION: How far have you gone?

STANLEY TUCCI: Oh, well. Every day, or every other day, I get an e-mail that says, "We're very close." "The money's almost there." "So-and-so is meeting, and they want to put it"- you go, "Okay, great." You know, "Whatever. Just tell me when it's in the bank." Because it's just so hard now to get money, so my hope is that we're getting closer - this is what I keep hearing - and that it may be summer.


QUESTION: Have you cast it already?


QUESTION: Couldn't you have cast some people who actually have a CV of movies to their name? Instead of casting all these unknowns?

STANLEY TUCCI: [LAUGHTER] Yeah, I know. It's such a joke. But I mean, I don't know Maggie Smith. But the other three, Patty and Julianne are very close friends, I see them all the time. And Pierce committed to this a while ago, and I've met him, and - just the loveliest guy in the world. 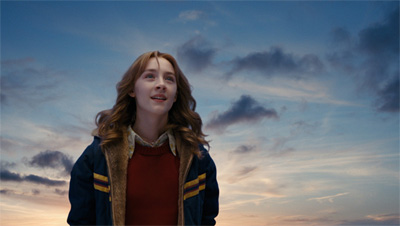 STANLEY TUCCI: No, no. I'm gonna do this. I stopped working for about a year and a half, because my wife was sick, and then she passed away. But I am going to start a movie in January called Burlesque, here, which is a really fun movie. And then I'm directing a play on Broadway.

STANLEY TUCCI: I'm doing Lend Me a Tenor, which is a farce that was done about 20 years ago or so on Broadway. And Tony Shalhoub is starring in it, and Anthony LaPaglia, and Justin Bartha. I'm very excited about it.


QUESTION: When does it start?

STANLEY TUCCI: I start rehearsal February 8th, and we open on the fourth of April.

STANLEY TUCCI: Well, yeah. I mean, we've been on the road a bit, as they say, you know, for a little while now with this and yes, it is interesting what you have to do. I mean, Susan Sarandon told me a funny story. She said when she was nominated for her first Oscar, she said it was the people on her answering service that told her. That's what it used to be like. She said, "There were no campaigns." It was for Atlantic City. She said, "There were no campaigns. There was no nothing. It was nothing. They left a message - the agent left a message saying, "You've been nominated ". That was the way it worked. But I love this movie. I loved doing this, and would I be flattered were there a nomination? Yeah, that would be great.

Oscar winner Peter Jackson directs this adaptation of Alice Sebold's beloved novel THE LOVELY BONES. After she is killed, young Susie Salmon (Saoirse Ronan, ATONEMENT) looks down from heaven on both her parents (played by Mark Wahlberg and Rachel Weisz) and her murderer.