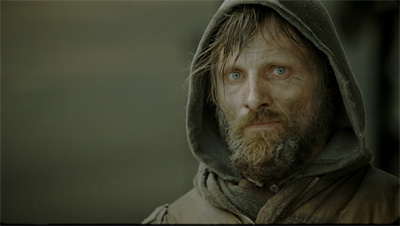 HILLCOAT'S JOURNEY ON ROAD TO ACCLAIM

Australian director John Hillcoat has always made films that explored the profundity of the human condition, whether it's The Proposition or his latest film, The Road, one of many films that deal with a post-Apocalyptic world ravaged by an unnamed disaster. But morte importantly it's a powerful father-son story as Viggo Mortensen's The Man travels with his son in the hope of ultimate survival. As with Proposition, Hillcoat's film is another visually expansive film that uses the elements to punctuate the movie's themes. Following the film's world premiere at this year's Toronto Film Festival, Paul Fischer spoke to the director in this exclusive interview.

QUESTION: So apparently, the post-apocalypse is in vogue, because there are about four or five movies set in a future where the world has been destroyed by whatever it has. Why do you think that is?

JOHN HILLCOAT: Well, I just think it's a zeitgeist thing, probably a lot to do with coming out of a decade of the Bush Administration. I'm sure it has some influence. If ever there was a time that events headed towards an apocalypse, that would be it.


QUESTION: Now we have redemption.

JOHN HILLCOAT: Yeah. And that's what the film's about, redemption. [LAUGHTER]


QUESTION: So you're saying, the first half of this movie is Bush, and the second half is Obama?

JOHN HILLCOAT: No, the very end is Obama. But, I think it's much more than that. I think the environment, climate warming - you know, the chickens have come home to roost and we're all actually experiencing it now, how we've had our head in the sand for decades. I think that the awareness, now, is out there and it's worrying. I mean, you look at the weather patterns all around the world. The bush fires in Australia were devastating this year. LA, et cetera, so the environment is one huge one. I think there have been a lot of collapses: The economic collapse, global politics are in trouble and there's a real disenchantment with politics, and an instability out there in the world is kind of, again, very pronounced, and people are very aware of it. So, I think all these anxieties that the general population are experiencing, they're all questioning these things now. 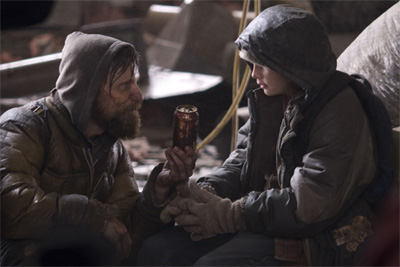 QUESTION: Normally, when things are gloomy, filmmakers are drawn to much more escapist fare and certainly studios seem to be drawn to more escapist fare. You chose a film that is very nihilistic, and is a very emotionally confronting film. But you are drawn to that kind of material. I would have thought after The Proposition, you might have wanted to do something a bit less exterior.

JOHN HILLCOAT: Well, I'll shock you and I honestly believe this. I'm not saying this just to be provocative, but I honestly believe this is by far the most positive film I've made, because the love story between the father and son - which I think is all the way through is what's crucial about the film. And actually, when you think about father and son relationships in cinema, 90 percent are tyrannical fathers or absent fathers. Rarely do you get to see a genuine love story between a father and son. Cormac says his son wrote half the book and when you see them together, you can see the dialogues, you can see the bond, and as he said, the book is about human goodness. It's actually about what elevates us from the end. Also I am drawn to extreme worlds, I confess, because I think they bring out the best and worse in people.


QUESTION: Well, the thing that struck me about this film is that you deal with a landscape, both physical and emotional. And I'm just wondering, though, having done The Proposition, which was such an exhausting film to make, was there any hesitation at all about tackling a movie that dealt so much with such physical extremities?

JOHN HILLCOAT: Yeah, particularly because I'm not a big fan of the cold and I knew that unlike The Proposition, this is a world that's very cold, so, I wasn't looking forward to that element. But the world in the book was so vivid and I love to enter different worlds. It was a challenge, because also I don't like apocalyptic films, generally, as a sub-genre of science fiction, whereas here, there was a real sort of freshness to it and I thought that was a great challenge, to try and take a genre, and try and find a different angle on it, to make it fresh again somehow. But my main fear, when I read that unpublished manuscript was the boy. I mean, how could I get a kid in every single scene to pull off the film?


QUESTION: And in fact, what's interesting about this movie is that it's as much about the sciences, and the internalization of these characters, than it is about any of the external forces that shape the movie. So casting these two actors must be very difficult. Was Viggo attached at all when you began this?

JOHN HILLCOAT: No. No. 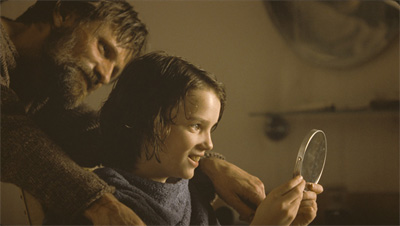 QUESTION: So, what do you think you saw in him that made you realize that he'd be perfect for this guy?

JOHN HILLCOAT: Well, when I was trying to visualize this world, it actually reminded me of Grapes of Wrath. I went back to the photos during the Great Depression and there are the faces, Viggo's face somehow fits into some of those classic Dorothea Lange photos. Also There was the emotional range, because we needed to find someone that had a tenderness, and vulnerability, as well as the fear and paranoia. But the key aspect is the physicality, that he needed a physicality that you could one, buy that he could just be an everyman, and yet you believe that he can get through what he actually gets through.


QUESTION: And then you have to find a boy with whom he would be able to bond. I would imagine finding that young actor must have been very difficult.

JOHN HILLCOAT: Well, I also knew that Viggo had a son, a child, so as a father, I thought, that at least there'd be an understanding there. And then too, when we got the short list of all the kids - we actually looked very long and hard and I got down to four kids, and then got Viggo in,n we actually workshopped scenes with these kids, in order to see what the bond was like, and see the chemistry, and how they fit together.


QUESTION: And after all that, you found a kid from Australia.


QUESTION: How amazing is that?

JOHN HILLCOAT: That is, because believe me, we looked and we also saw some incredible kids. But there was no doubt. We actually saw kids that were younger, too, because initially in the book the kid's sort of more seven or eight and when we saw those kids next to Viggo, then suddenly the dynamic just seemed almost too obvious, and too much like, "Oh my God, the poor little kid," in every single scene. 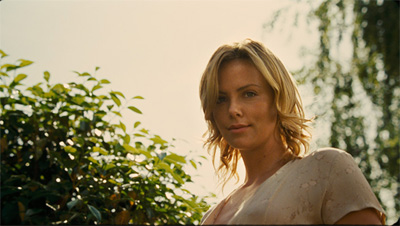 QUESTION: And you have to believe, I think at the end of the movie, that this kid will be able to stand on his own and take over from the father.

JOHN HILLCOAT: Exactly. Exactly. And you wouldn't make that leap with a seven or eight-year-old.


QUESTION: It is a film, a lot of the time, about the silences punctuated with some action, and some violence. But it's not about any of that, so was there any pressure on any part of the studio to decrease the amount of violence and kind of make it more of an action movie?

JOHN HILLCOAT: Well, it went through the ropes on all sorts of fronts, but at the end of the day, the one saving grace is that we all agreed it had to remain faithful to the book, because the book was at that point, so revered and when I got it, it was an unpublished manuscript. But by the time we came to make it, it had won the Pulitzer, and it had struck a real chord, so, you don't mess with that. And that was what I find that I could always come back to.


QUESTION: Is this your most personal film, do you think?

JOHN HILLCOAT: It is, actually. How did you know?


QUESTION: I have a knack. 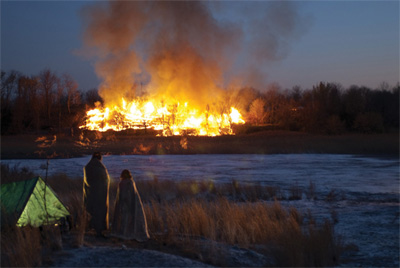 QUESTION: Do you want to do something very different, next?


QUESTION: I thought the last time we'd spoken, there was something you wanted to do in England. It was a little movie.

JOHN HILLCOAT: We had that. Nick [Cave] wrote it, and he got so impatient because I went off and did The Road instead, he turned it into a novel, and it's being published this year. And it's called The Death of Bunny Monroe.


QUESTION: And would you adapt it as a screenplay?

JOHN HILLCOAT: Because it's expanded into this novel, the script has, it's so good I want to actually turn it into a three-part miniseries with HBO, maybe.


QUESTION: Do you know what you're doing next? Well, you don't have anything immediately.

JOHN HILLCOAT: No, I love genre films, so I'm looking at a few things in different genres.


QUESTION: Do you want to do something back in Australia?

JOHN HILLCOAT: I do, but I'm not getting the right material. It's all about the script. 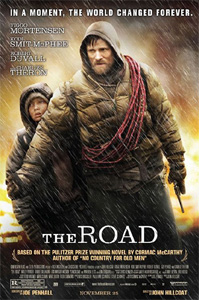 After the Oscar-winning success of the adaptation of the Cormac McCarthy novel NO COUNTRY FOR OLD MEN, another of the author's works arrives on screen. Viggo Mortensen stars in THE ROAD, a thriller that is set in a bare, post-apocalyptic America, where a father and son struggle to survive. Director John Hillcoat previously teamed with star Guy Pearce on the critically acclaimed Western THE PROPOSITION.