Question: How did the Storm Surfers idea become a documentary?

Ross Clarke-Jones: In 2000 I formed a group of 6 guys, i.e. 2 surfers and 4 photographers one jet ski and one boat. We documented Shipsterns Bluff. From there I worked with Justin McMillan and Chris Nelius on the Sixth Element and then we started doing Storm Surfers doco's for Discovery Channel in 2005 with producers Marcus Gillezeau and Ellenor Cox in South Africa, Japan, Tasmania and New Zealand. Now Storm Surfers 3D is made up of a group of over 30 people.


Question: What originally inspired you to begin surfing, many years ago?

Ross Clarke-Jones: My father taking me to swim every morning before school since I can remember.


Question: How does Storm Surfers differ to your previous surfing history?

Ross Clarke-Jones: I've been hunting and surfing big waves for the last 15 years. Before being on the ASP TOUR was half as much fun, but fun still. 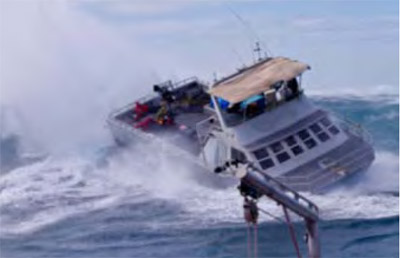 Question: Can you try to explain the feeling you get when you find and ride the biggest and most dangerous waves in Australia?


Question: Can you talk about the dangers and injuries you experienced during the filming of Storm Surfers?

Ross Clarke-Jones: Twisted my ankle pretty badly on first trip to Shipsterns. Ripped my head off at Pedra Branca and had neck surgery the following day. Got flipped at Cape Solander but uninjured surprisingly.


Question: How does it feel to have Storm Surfers 3D shown at the Toronto Film Festival 2012?

Ross Clarke-Jones: Amazing, proud and so happy for all the team in making the film.


Question: What thoughts went through your mind when you watched the finished film, for the first time?

Ross Clarke-Jones: WOW... the boys really nailed it this time.


Question: You don't scare easily - what was the toughest experience showcased in the film, for you?

Ross Clarke-Jones: Sitting around in the HQ waiting for the guys to work out how to film 3D with the tech or lack of technology we had.


Question: Which location in the film holds your best memories?

Ross Clarke-Jones: Turtle Dove at the end of the film. 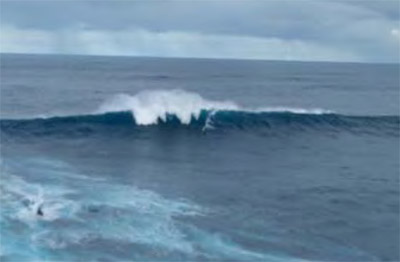 Question: Can you talk about the importance of having Ben Matson working with you?

Ross Clarke-Jones: So good having Bens opinion and expertise in forecasting. We love Ben and it also gives us someone to blame when the surf is crap.


Question: Why was it important that Tom Carroll joined you for Storm Surfers?

Ross Clarke-Jones: Our friendship of over 25 years surviving and living life with the volume turned way up high gave the filmmakers another platform to entertain others from. Tom and I are so similar and so different at the same time. People can relate to mates.


Question: Originally did you have any worries about doing the project?

Ross Clarke-Jones: Yes, could we actually film it in 3D without the cameras available?


Question: Would you do it all again?

Synopsis: Storm Surfers 3D is an epic, real-life adventure following two best friends on their quest to hunt down and ride the biggest and most dangerous waves in Australia. Aussie tow-surfing legend Ross Clarke-Jones and two-time world champion Tom Carroll enlist the help of surf forecaster Ben Matson and together they track and chase giant storms across the Great Southern Ocean.

Over one big-wave winter season in 2011 the team experience the brutal force of Mother Nature, score the waves of a lifetime and come close to death, before embarking on an expedition to surf a mythical wave that has never before been ridden. Seventy-five kilometres from land lies a secret reef known as Turtle Dove Shoal - and so begins a mission far beyond anything they have ever attempted in their lives…

Narrated by Toni Collette, Storm Surfers is a ground-breaking cinema experience that places the viewer on the wave in stunning 3D. 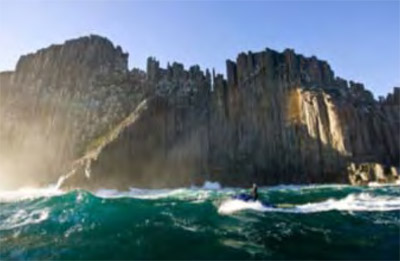 Storm Surfers 3D - The movie, is touring nationally as a series of One-Night-Only Special Event Screenings with Ross Clarke Jones and Tom Carroll until Thursday September 20. Limited national release screenings around the country commence from August 30. To find a venue near you, visit www.stormsurfers.com.au

Please note that Tom Carroll and Ross Clarke-Jones will make guest appearances at the Premieres and Special Event Screenings around the country (with the exclusion of the following which will attended by:
** Producers / Directors in attendance.
* Surf Forecaster Ben Matson in attendance.