Synopsis: The film Happy was inspired by a challenge. Executive producer Tom Shadyac (Bruce Almighty, Liar, Liar, Patch Adams) read a New York Times article ranking the U.S. 23rd in happiness. He asked Roko Belic to find out why. Roko Belic investigated questions like,
What is happiness and where does it come from?
How do we balance the allure for money, power and social status with our need for strong social relationships, health and personal fulfillment?

Viewers are treated to a global cinematic quest that travels from the bayous of Louisiana to the deserts of Namibia, from the beaches of Brazil to the mountains of Bhutan and beyond. Stories of joy, connection, adversity and courage are interspersed with interviews of several of the world's leading experts in the science of happiness and well-being.

"The desire for happiness is universal," says Belic. "The sources are much more common and attainable than many of us believe. It is exciting to share this film and the cutting-edge research with people all over the world. It is even better to know they will be sharing it with each other, too."

An Academy Award® nominee and Sundance Award winner, Roko Belic was born to Czechoslovak and Yugoslav parents in America. In 1996 he founded the film production company Wadi Rum with his brother Adrian. His directorial debut, Genghis Blues (1999), which the brothers shot using home video cameras, was nominated for an Academy Award® for best documentary feature. Roko's multinational upbringing, together with his mother's encouragement to explore the world through television documentaries, set the foundation for his passion and vision as a filmmaker. Belic has worked in numerous capacities during his career, including director of photography, editor, writer, producer and director. He recently directed a 44-minute documentary called Dreams: Cinema of the Subconscious, for the Blu-Ray disc of the Hollywood feature film Inception. Belic's upcoming feature project, Twilight Men, tells the story of an American seeker and an Indian Holy man who journey into the Himalayas in search of an enlightened master. 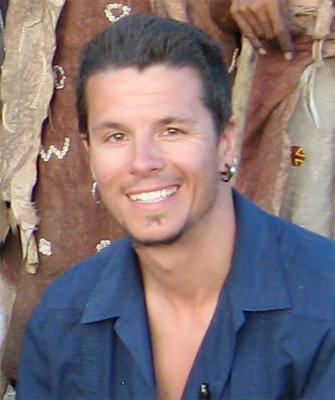 Question: What inspired the film, Happy?

Roko Belic: A friend of mine, Tom Shadyac, called me, on the phone and said he'd read an article in the New York Times about happiness and he wanted to talk about it. Tom Shadyac is a director of huge Hollywood blockbusters comedies such as The Nutty Professor, Liar Liar and Bruce Almighty and Tom Shadyac explained that the article stated that America is one of the richest countries but nowhere near the happiest; America is number 23 on the list of Happiest Countries. Tom Shadyac told me that he had a very specific insight into the paradox of having a lot of money and not being happy because for the last fifteen years, since he'd been living in a 17,000 square foot mansion with a tennis court and swimming pool, he had noticed that the people that worked for him who garden or clean the pool or keep his house clean seem happier than the millionaire movie stars and producers he worked with, everyday.

Tom Shadyac suggested that we explore the true causes of happiness because he knew what didn't work and he wanted to know what did which is why he suggested we make a movie about happiness and try and get to the truth.


Question: What is your goal for the film, Happy?

Roko Belic: It may sound strange but ultimately my goal for the film is to make the world a happier place.


Question: What is happiness, to you?

Roko Belic: What makes me happy is feeling that I am spending my life, in a way that is meaningful, fun and interesting. I guess the way that I do that is by spending my time doing things I believe in by trying to have a positive impact on the world and appreciating the amazing thing called life that I get to experience.


Question: What was the biggest challenge about discovering 'what is happiness'?

Roko Belic: The biggest challenge was to find a way to emotionally engage and audience with the different concepts that the film deals with. It is one thing to talk about emotions; it is a totally different thing to enable somebody to experience them. As a filmmaker it was my goal to make a cinematic experience that would take people on a journey, on an adventure even around the world exploring happiness and that's both the challenge and the fun of making movies - when you feel like you've succeeded then it's great thrill to realise you're going to give people an opportunity to have an adventure, for a couple of hours.


Question: How did you go about answering the question "How do we balance the allure for money, power and social status with our need for strong social relationships, health and personal fulfillment?"

Roko Belic: The movie deals with the question "How do we balance the allure for money, power and social status with our need for strong social relationships, health and personal fulfillment?" both explicitly and implicitly. We went to the slums of Kolkata, India where we met a man with the job, for twelve hours a day, of pulling a rickshaw through the streets of Calcutta sometimes barefoot, the rickshaw he pulls is like a human donkey cart -it's a bench with wheels on it, and he pulls it for hours and hours every day whether it is blaring sun or a monsoon. He lives in a hut, covered in bamboo sticks and plastic tarps and I was in Calcutta with a happiness researcher who after working with the man for half an hour, determined that he was exactly as happy as the average American despite the extreme grinding poverty that he was surrounded by, he was able to find a way to be fulfilled, grateful and appreciative of what he had in life. His story is one way that through the film we challenged peoples preconceptions of what is required to be happy and by challenging those perceptions hopefully we can give people an understand of what the true sources of happiness are.


Question: Did you find that money doesn't equal happiness?

Roko Belic: Money helps a lot, in general someone in that man of India's situation a little money can go a long way, if it means he can be confident that he can feed his family or if the money means he can be confident that he won't be evicted from the vacant lot that the slum has coughed up. Money goes a long way and it doesn't prove happiness when they're at the bottom of the economic spectrum but once you have basic needs met and basic needs are different in different countries, but once you know you can eat, you're in a relatively safe place, and you have clear air to breathe and safe food and water to consume; after that point more money does not necessarily increase peoples happiness.


Question: Is it important that everyone deciphers what makes them happy?

Roko Belic: I do, I have to say when I started the film I was a happy person already and my impression was that I was going to make a film and share with people some things that I already knew, but I felt were important. I didn't realise that spending six years focused on happiness and exploring it how dramatically it would change my life. I have realised that there is a great deal that people can do, to become happier and now there is all types of research that shows that very simple, easy and even fun activities and exercises can boost peoples happiness in a very meaningful and significant way.

I should say that the most important thing when we're talking about happiness is to recognise how important it actually is. I used to think that happiness would be a byproduct of doing things well in life for example having the right girlfriend, or right job, or a good car or going to the right college and getting the right education as I thought those things would lead to happiness. I didn't realise until I made the film how happiness actually leads to success in those places. Happy people have better relationships, happy people are more likely to get promotions at work and more likely to be paid better and be able to find creative solutions to problems. Happy people are less likely to commit crimes, end up in jail, pollute the environment or do the things that we don't want people to do in society.

Happiness is not only important as individuals it is extremely important for our society and our world.

Roko Belic: I feel that the awards are a testament to the awareness people have for the importance of happiness. I think the awards are more for the concept of happiness than they are for me, maybe they're for the film that enables and encourages them to consider these things that they may have been suppressing because we have so many other urgent things to take care of everyday such as going to work and making sure we can pay our rent or mortgage and those things distract us and I think the film gives people the opportunity, for an hour and a half, to really sit and think about happiness and experience what that could be like, I think that is what the awards are about.


Question: What are you working on at the moment?

Roko Belic: For an independent film maker the next project after making the film is getting the film out there and I am extremely excited that in Australia we have made an agreement with Village Roadshow Pictures to screen the film on World Happy Day (February 11th, 2012) and beyond. My next project is getting the movie, Happy, out there for audiences to see. I am also going to festivals and screenings to encourage as many people as possible to see Happy.