Reigan All Of The Pieces 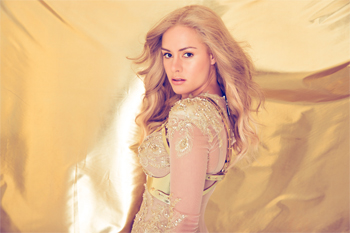 Reigan All Of The Pieces

Reigan, a finalist on Channel 7's The X Factor this year, has signed a recording deal with Sony Music Entertainment Australia and will be releasing a 5 track EP featuring her brand new single, -All Of The Pieces' on December 12.

The Perth songstress wowed audiences throughout the 2014 series of The X Factor, beginning with a standing ovation after performing the Adele classic, -Someone Like You' in her audition. With Reigan getting ready to release new material including her forthcoming single, -All Of The Pieces', her signing with Sony Music Entertainment Australia marks an exciting new chapter in her career.

When asked about the signing Reigan said, 'It's an absolute honour to be part of the Sony family and I am thrilled about what's to come!"

Denis Handlin AM, Chairman & CEO Australia & New Zealand and President, Asia, Sony Music Entertainment, commented: "I am delighted to be welcoming Reigan into the Sony Music family. She is a very determined and skilful performer with incredible talent and we are very excited to be a part of the next phase in her career."

-All Of The Pieces' was written by Becky Hill, Martin Brammer and Adam Argyle (Newton Faulkner, Olly Murs) and showcases Reigan's dynamic and  impressive vocals that Australia fell in love with during the series of The X Factor.

Breaking out as a solo artist, Reigan delivered some of the most mesmerising and passionate performances throughout The X Factor. With a total of 6 hits ranking in the top 40 on the iTunes chart, fan favourite -Stay With Me' reached the #2 spot in Australia and #3 in NZ.

Reigan's 5 track EP featuring: -All Of The Pieces', is available to pre order now!