Justice Crew Live By The Words 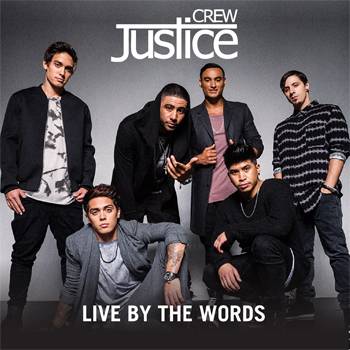 Justice Crew Live By The Words

Justice Crew have announced that their brand new studio album Live By The Words is available for pre-order now ahead of its release on November 28th through Sony Music Entertainment Australia.

As Justice Crew member John Pearce explains, "We are so excited to release our first full-length studio album! It feels great to have a body work such as Live By The Words which really showcases us as artists, and we are really pumped for all of our fans to hear it... we hope you love it as much as we do!"

The album also features Justice Crew's record breaking number one ARIA single -QUE SERA', which has now achieved 5 x Platinum sales and recently scored them an impressive three ARIA nominations. The 2014 ARIA Awards sees Justice Crew up for the highly coveted -Best Pop Release' as well as public voted categories for -Song of the Year' and -Best Video'.  Justice Crew have also been confirmed to perform the hit single at the 2014 ARIA Awards on November 26th.

Live By The Words also includes Justice Crew's first number one ARIA single -Boom Boom', which is now certified 6 x Platinum, as well as the Triple Platinum -Everybody' and Double Platinum -Best Night'. These hit singles are complemented by incredible brand new material from the Crew – check out the full track-listing below!

Live By The Words Tracklisting