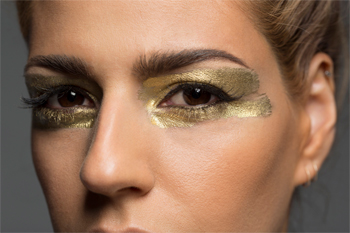 Brooke Fraser has premiered the track -Je Suis Pret' off her forthcoming album, Brutal Romantic out Nov 14. Listen to the track Black Book calls 'a haunting showcase of Fraser's dazzling voice, which jumps from one octave to another while maintaining its unique texture," here: http://www.bbook.com/exclusive-hear-brooke-fraser/

Additionally, the song is now available for instant download when you pre order Brutal Romantic on iTunes: http://smarturl.it/BrutalRomantic

Fraser calls -Je Suis Pret' one of her favourites on the new album. "There's dark choir moments and times I really get to wail, which is fun and not how I've ever really used my voice in the past," she says. 'The title and chorus is an ancient war cry – -Je suis pret' is the motto of my Scottish ancestors in Clan Fraser and it translates as -I am ready'. They would literally run into battle with banners reading I Am Ready, which I think is pretty bad ass."

A video for first single -Kings & Queens' also appeared this week. The work of Los Angeles director Norton, Fraser says the clip is 'The fine line between reality and unreality - a dreamscape that appears to be regular old reality until clues begin to drop that it mightn't be after all." Watch -Kings and Queens' now - http://smarturl.it/KingsAndQueensVid