Pocket Money a Must for Children's Development 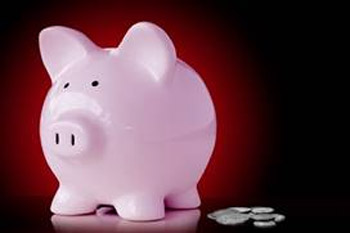 Pocket Money a Must for Children's Development

More and more Australians are finding themselves in debt as times get tougher financially. Some of this is due to the economic climate but in some cases a lack of fiscal training in childhood is a contributing factor. Credit cards, loans and HP agreements make it easier than ever to accrue debt without really realising and getting out of it can be hard.

According to the Insolvency and Trustee Service Australia (ITSA) the number of people taking out debt agreements has nearly doubled over the last decade. Pat Mesiti believes we could bring this number down significantly if we teach our kids how to manage money from a young age - starting with pocket money. "Kids need to learn early how money works and how to save, spend and share it. A healthy respect for money and an understanding of how to control it is one of the best gifts you can give your child for the rest of their life." he says.

And Pat knows what he's talking about. As an international speaker and an income acceleration coach, he has given wealth advice to some of the largest global conferences (sharing the stage with the likes of Sir Richard Branson and Donald Trump) and his books and materials have sold over two million copies. Having built some of Australia's largest people organisations, Pat understands why some people flourish financially and others wilt.

Here are Pat's chief reasons for starting pocket money with your kids, even from as young as four years old:

1. It creates a habit for them so they create a positive money story for themselves. While children are young they are extremely inquisitive and open, so they will build a positive relationship with money if you teach them to. If you can build confidence in their ability to make money they believe from a very young age that they can pursue all their dreams and aspirations and live a prosperous life.

2. It teaches a child how to share and be generous with other people. If you train kids from young that they should always share part of what they earn with others, you are setting them up to be a good, kind person as they go out into the big wide world.

3. It teaches them the basics of investing and saving. Kids soon figure out how it all works, without you even needing to explain. "I do jobs for Mum and Dad, they pay me pocket money which I can spend immediately or save up to buy something bigger I really want." Great start to fiscal responsibility which is hopefully ingrained by the time they work out what a credit card is!