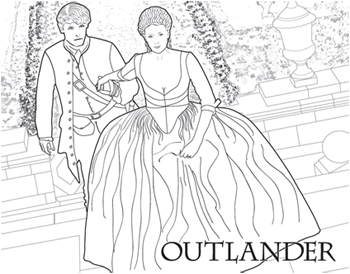 Vive les Frasers! Claire (Caitriona Balfe, Money Monster, Now Your See Me) and Jamie's (Sam Heughan, Doctors, Batman Live) epic time-traveling love story continues as the couple sets sail for France in Outlander: Season Two. This season finds Claire and Jamie out of the Scottish Highlands and in the royal Parisian courts to try and sabotage the Jacobite rebellion. Based on Diana Gabaldon's international best-selling books, Outlander: Season 2 is available to own on Blu-ray™, DVD and Digital from November 2, 2016.

Claire and Jamie arrive in France, hell‐bent on infiltrating the Jacobite rebellion led by Prince Charles Stuart (Andrew Gower, Monroe, Being Human) and stopping the battle of Culloden. With the help of Jamie's cousin Jared (Robert Cavanah, Emmerdale, Doctors), they are thrown into the lavish world of French society where intrigue and parties are abundant but political gain proves far less fruitful.

Altering the course of history presents challenges that begin to weigh on the very fabric of their relationship – but armed with the knowledge of what lies ahead, Claire and Jamie must race to prevent a doomed Highland uprising and the extinction of Scottish life as they know it.

Garnering two nominations at the 2016 Emmy® Awards (Outstanding Costume Design and Outstanding Production Design), Outlander has also been renewed for a third and fourth season. Featuring over three hours of bonus content including deleted scenes, featurettes and gag reels, Outlander: Season 2 is available to own on Blu-ray™, DVD and Digital from November 2, 2016. 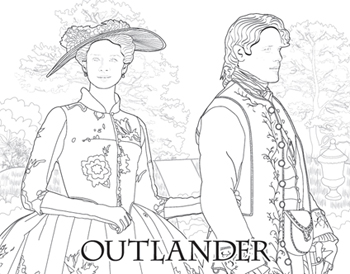 Authentic in Design: The Dresses and Kilts of Outlander

The Reckoning: Extended Episode with introduction by Ronald D. Moore

A Triangle in Time

Kill or Be Killed: Featurette

The Characters of Season 2 Featurette

Designing History: The Costumes of Outlander

Jamie & Claire: To Hell and Back

From Book to Screen: Discovering the Differences