Sydney Zoo is roaring with excitement to announce it's calling on little animal lovers to put their paws up for Sydney Zoo's first Mini Zookeeper positions.

This once-in-a-lifetime opportunity will allow five lucky kids to play a starring role in the opening of a brand new zoo, travelling around the world to meet the new animal residents and bring them home to Western Sydney.

The coveted Mini Zookeeper positions are open to children aged 5 to 12 who have a passion for creatures big and small, and are wildly enthusiastic about learning. The top five applicants will become the mini-faces of Sydney Zoo, with unlimited access to Sydney's best new zoo.

The first zoo to be built in Sydney in over 100 years, Sydney Zoo will be a world-class facility that redefines the visitor experience. With safari-like landscapes and cutting-edge technology for animal welfare, Sydney Zoo is set to become Australia's most modern and progressive zoo, located in Western Sydney's Bungarribee Park.

The initiative reinforces Sydney Zoo's commitment to education and animal welfare, with each Mini Zookeeper playing an important role in making the Zoo a safe and happy new home for its animals.

Managing Director of Sydney Zoo, Jake Burgess, says "Sydney Zoo will open its doors in early 2019 and become one of the most significant attractions in Western Sydney. We are excited to find five Mini Zookeepers who share our passion for animals and give them a once in a lifetime opportunity join us as we bring animals from around the world to their new home at Sydney Zoo." 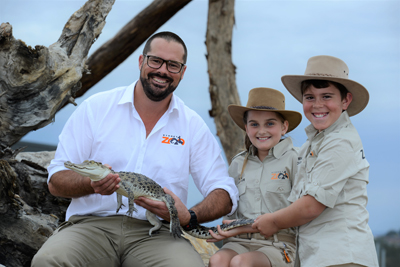 Question: What is involved in the Mini Zookeeper position?


Question: How can Australians apply for the Mini Zookeeper position?

Jake Burgess: Parents can upload a video of their kids, aged 5-12 to Instagram or via our website, answering the question: Why do you want to be a Sydney Zoo Mini Zookeeper? Head to www.sydneyzoo.com for all the information on how to enter.


Question: What animals will the five lucky kids meet at the Sydney Zoo?

Jake Burgess: We'll have Sydney Zoo's Mini Zookeepers meeting all kinds of animals on the journey. We will try and match the winner with their favourite animal. We expect the Giraffes, Rhino, Orangutan to be popular choices


Question: What skills and personality would the ideal applicants have?

Jake Burgess: We want applicants to tell us about their love and passion for all animals, big and small, and show us how excited they are about Australia's new zoo opening in Western Sydney!


Question: Why was it important for Sydney Zoo to create the Sydney Zoo's Mini Zookeepers program?

Jake Burgess: This is a once in a lifetime experience and we wanted the kids to have the opportunity to experience this with us. We are on the lookout for Mini Zookeepers to help welcome animals' home to Western Sydney. The initiative reinforces our commitment to education and animal welfare, with each Mini Zookeeper playing an important role in making Sydney Zoo a safe and happy new home for its animals. 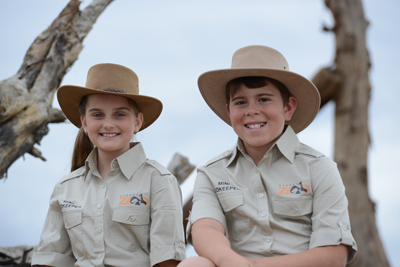 Question: Can you tell us about the Sydney Zoo current look?


Question: What's a typical day like for you at the Sydney Zoo?

Jake Burgess: It's a busy time at Sydney Zoo ahead of its opening in early 2019. At the moment, I'm working closely with a range of local and international partners to bring a diverse mix of popular exotic and Australian animals to Sydney Zoo and I'm overseeing the construction and development of the zoo take shape each day.


Question: What's next for Sydney Zoo?

Jake Burgess: We'll start to welcome animals with the help of our Mini Zookeepers later this year, ahead of the official opening of Sydney Zoo in early 2019!