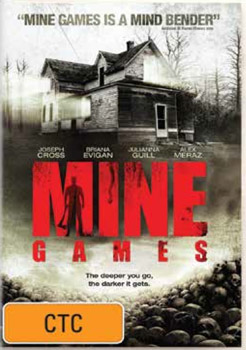 Australian Director Richard Gray is set to thrill and chill audiences across the nation with his mesmerising mystery-thriller Mine Games. An intriguing account of seven friends on an unnerving weekend in an isolated mountain setting, the hypnotic Mine Games is sure to leave you mind-boggled.

Mine Games follows the journey of a group of young friends as they venture into the mountains for a seemingly harmless weekend of fun in the sun. Their destination: an eerily remote cabin, hidden down a single-track road, deep in the forest and miles from the nearest town. In the most chilling of locations, it is not long before the film takes a darker turn.

After stumbling across an old abandoned mine, the group decide to venture into the shadowy and confining tunnels. Hiking deeper into the maze like underpass, they make a startling discovery that immediately turns their weekend excitement into unequivocal terror. Disorientated, frightened and perplexed by what they have seen, the group is faced with a stark ultimatum: Unlock the inner workings of the mine, or let a supernatural force take their lives.