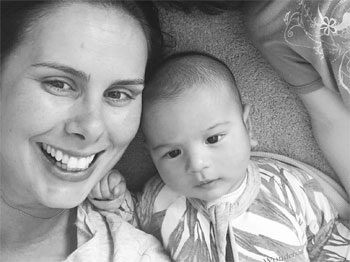 Call The Midwife If You Want A Water Birth: Doctors Not So Keen

An Australian study of midwives' views on water immersion during labour and birth shows almost 90 per cent believe the practice should be offered to all pregnant women.

This contrasts with the views of most paediatricians and obstetricians who say there is not enough proof that water birthing is safe, according to the University of South Australia study.

UniSA lecturer in midwifery and nursing and study leader, Dr Megan Cooper says the controversy around the use of water immersion during labour and birth reflects in part, both the lack of guidelines and the lack of accredited practitioners in Australia.

A total of 234 midwives were surveyed about their views on water immersion during labour.

Almost 95 per cent said they had suggested the option to pregnant women as an alternative to a traditional birth and more than a third indicated "a high demand' for the practice from expectant mothers.

"There is overwhelming evidence from women who have had water births about its benefits, including reduced pain, mothers being more relaxed, and women reporting a more positive experience overall," Dr Cooper says.

Studies have shown that women who use water immersion during labour and/or birth are far less likely to need an epidural.

Melissa Dudek, a mother of two young children in Gawler, South Australia, has experienced both a traditional birth and a water birth and says the latter was "so much better". "I had a traditional birth with my first baby, Ava," Dudek says.

"After one failed epidural and then a successful one, I was stuck on the bed and forced to give birth laying on my back. I also had a severe tear that needed stitches. It wasn't a great experience by any means.

"For my second baby, Archie, I opted for a water birth. It was far more positive, relaxing, less painful and my labour progressed a lot quicker in the water. There was no need for any medical intervention or pain relief and I was able to move around and find a more comfortable position."

Dudek says she was given an information pack explaining water immersion while pregnant with her first child but decided against it.

"I thought 'no' that's not for me, but I just wish I had spoken to women who had given birth this way," she says.

"For my second pregnancy I was more open to trying something different because I absolutely hated giving birth the traditional way, needing so much intervention and pain relief.

"I honestly hope water births do become more popular. If women are encouraged to speak about their experiences more, perhaps some of the stigma around the practice will disappear."

Dr Cooper says there appears to be no consensus on what additional training is needed in Australia to support women using water immersion, and very few guidelines in relation to the practice.

"Water births are becoming more popular in the US, Europe and the UK, but Australia is yet to fully embrace the practice," she says. There is a paucity of literature examining practitioners' experience in this country, which needs to be addressed."

Dr Cooper's paper, "Australian midwives' views and experiences of practice and politics related to water immersion for labour and birth: a web-based survey", is published in Women and Birth.