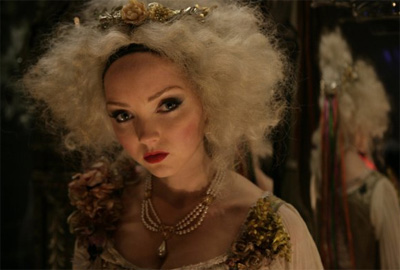 Beautiful model-turned-actress Lily Cole has reached superstar proportions in Europe, and is likely to become as well known as an actress in the US following her portrayal of Dr Parnassus' daughter in the acclaimed Terry Gilliam film. Also studying at Cambridge University, the actress talked to Paul Fischer in this exclusive interview.


QUESTION: What was the process like for you to get Imaginarium of Dr Parnassus Interview? And were you already at university when this came to you, or were you about to go to Cambridge? What was the timeline?

LILY COLE: I was due to go to Cambridge that year that we filmed it. And once I'd been offered the part, I asked the university to postpone it by a year, and then I started in 2008 at university. So, I'm in my second year now.


QUESTION: Were you offered the part, or was there some kind of audition process?

LILY COLE: Basically, the casting director, Irene Lamb, had approached me at my modeling agency to audition for a film called Rage, by Sally Potter. So, I did kind of an improvised audition with Irene and Sally for that and they obviously liked me. [LAUGHTER] So they gave me the part in that film, and off the back of that, Irene recommended that Terry meet me. Then I read Terry's script and met with him for a few hours to talk about the script and the part and lots of other things and that was it. 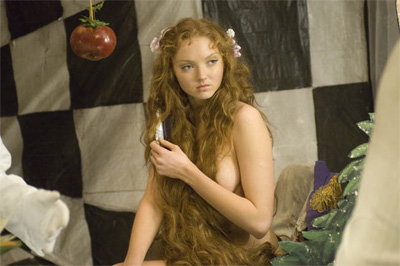 QUESTION: Now, Terry's an incredibly visual filmmaker. On paper, how did the script come across to you? And how did you interpret it?

LILY COLE: Really powerfully. I mean, there's so much going on in the film, it was so rich in the script, and really different narratives and different relationships. And even the visuals that indicated on the page - even if it's only black ink on white paper. If you use your own imagination to kind of dream up how it might look - and even though I didn't quite comprehend how it would look in the final print, you can kind of get an idea. I was excited by it immediately.


QUESTION: Could you identify with this character, in any way?

LILY COLE: To an extent. I mean, I think she's familiar to me, and she's very unfamiliar to me. But there's certainly probably a similarity between myself and herself. But inevitably, I mean she's kind of very isolated and strange, Gypsy kind of upbringing that wasn't quite like my own. But my Mum's kind of a very thoughtful creature, maverick like Dr. Parnassus too, so maybe it's not too far.


QUESTION: As a relative newcomer to movies, you've worked with - I guess you could call them three fairly interesting men in this film. Chris Plummer, Terry, and Heath. What did you learn as an actor working with these three very different gentlemen?

LILY COLE: I think just very inspired, you know? All of them are very inspiring, and brilliant human beings and as you say, all very different. They've all kind of - master of craft, and they're all - you know, committed to art, to creating, and to the process involved. And I feel very lucky to have worked amongst them.


QUESTION: Tell me about Chris Plummer, and how intimidating it was to play his daughter.

LILY COLE: I think I was just intimidated by the whole scope of the project. And we sat in a read-through, and - you know, with Terry, with Heath, with Christopher, Nicola, Andrew, Verne, and myself. And the gravity of these men, and how experienced and how talented they were really hit me for the first time, and I was certainly intimidated to take on such a large role, as such an inexperienced, professionally-speaking, actor. 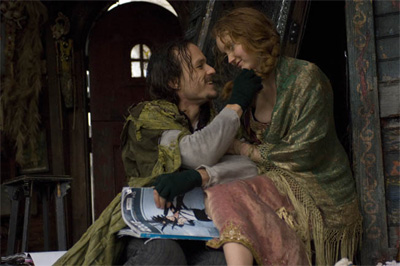 QUESTION: How surprised were you by the final product because it is such a visual film. And there is so much that Terry obviously had to do after you guys did principle photography. What surprised you about the movie when you saw it for the first time?

LILY COLE: Visually, do you mean?

LILY COLE: It was just much more expansive, and more amazing, than I'd ever kind of imagined it to be. And - I mean, you imagine one thing on the page, then it just becomes a whole other beast. And even though I'd worked with Terry throughout the whole process, and been aware of what they were trying to achieve, read the script, and knew where the visual direction was going, I really hadn't prepared myself quite how crazy his imagination gets, and quite how brilliantly it was realized, and how impressive the CGI work was.


QUESTION: Now you started modeling at a very young age. And I know it kind of came about by accident, I guess, if you believe all the different stories about how it began. How surprised are you that that led to such a strong international career for you?

LILY COLE: I don't know. I guess if I was to look at it with more perspective, I'd be very surprised. But it's all happened very kind of gradually for me, and to me, so I've kind of just taken each new step on the way as it comes. I certainly count myself extremely lucky to have had the career I've had in modeling, and then to be given these opportunities to act as well, too.


QUESTION: Was it a difficult transition from modeling to acting? Or was it a much more seamless transition for you? 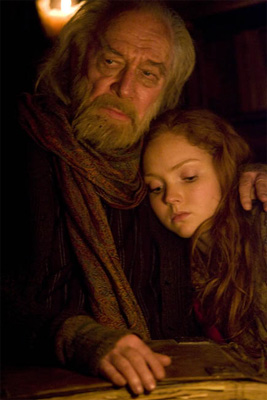 QUESTION: So why was it right for you to embark on academia, as well?

LILY COLE: I haven't really embarked on it so much as I've just continued it. I like experiences that teach me something, or that I learn from, or I can grow from. And in the same way that experiences such as making a film with Terry has been a real learning curve, and I've met really extraordinary people-- learning something from a different route, albeit books, is fascinating too. I'm studying History of Art, and studying the greatest artists of the last two, 3000 years is quite an extraordinary background knowledge to have when you're working with modern-day artists such as Terry, and other directors and actors they have around them, and the DPs. It's actually similarly artistic, I feel.


QUESTION: What do you hope to ultimately do with the degree, if anything? Do you want to use it to further your own goals as either somebody who was working in front of, or even eventually behind the cameras?

LILY COLE: I think that whatever you experience, you just build up a bank of it to put into any work, if your work is anything artistic. I doubt I'll ever use it as a career, as a degree, per say, but having that kind of reference and knowledge of art history will help me as an experience with acting, and perhaps with directing, if I ever choose to do that, or working, as you say, behind the camera. I'm not sure what I'm gonna do at the moment. But I'm hoping that I'll do the best as I can with whatever it is.

QUESTION: Does Cambridge give you a sense of being grounded, given the kind of international modeling career that you had come from? Do you feel that there is definitely life beyond modeling and acting and fame, I guess?


QUESTION: Well, being at university. Does it give you a sense of being grounded? Do you feel that - you know, being amongst students, do you feel as if - you know, there is definitely life beyond this kind of life ? 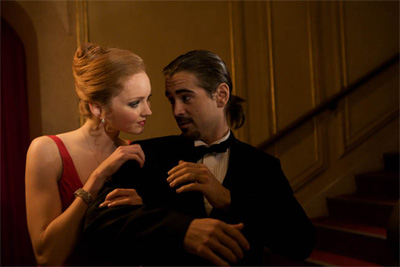 LILY COLE: I find that when I did my A-levels, I was modeling a lot, and I've made that commitment to finish - you know, I could have left when I was 16, and I stayed to finish my A-levels. And I found that it gave me a great perspective on the industry I was working in. And - you know, every industry, and every kind of social circumstance of society is kind of a bit of a bubble, and its own world. And it's really great to go between those worlds, so that you can see them for what they are, certainly now.


QUESTION: What are your plans next professionally? What is coming up next for you, do you know?

LILY COLE: I'm supposed to do a film with Mary Harron the beginning of next year, and there are things vaguely in the pipeline.


QUESTION: Is this the most creatively fulfilling time in your young life so far, do you think?

LILY COLE: The most creative time? To an extent. I mean - probably not, actually. [LAUGHTER] When I was younger, I was much more creative. And - just because - you know, all my time was spent being creative, and making stories or plays or dances or books or cards. And - I had a really, really creative upbringing. When I was 18, I left school for a year. I lived in New York for the most part, and learned to play the piano, and started dancing again, and had a very creative time. Right now, I find that if I get given the opportunity to do that in a film, I'm sure I feel that kind of expressiveness again. But at this present moment, studying is much more intellectual, it isn't as creative. And doing promotion with a movie is not the most creative aspect of the process.

The Imaginarium of Doctor Parnassus

In THE IMAGINARIUM OF DOCTOR PARNASSUS, director Terry Gilliam continues the trippy tradition he began with inventive films such as TIME BANDITS and BRAZIL. This time, he reteams with Heath Ledger of THE BROTHERS GRIMM, Christopher Plummer of 12 MONKEYS, and Tom Waits of THE FISHER KING. 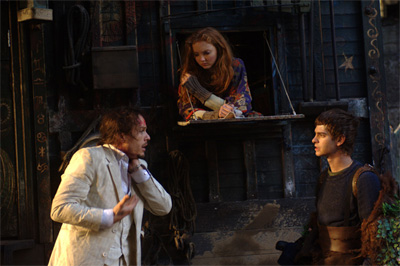 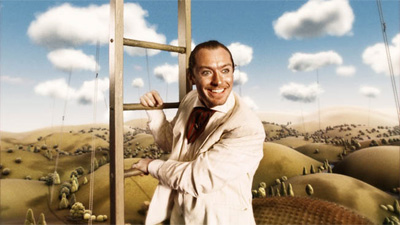