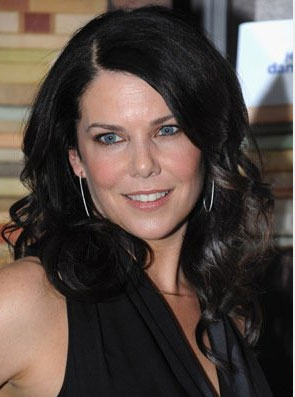 LAUREN HAS THE ANSWERS.

Beautiful Lauren Graham just finished her Broadway debut in the rollicking musical comedy Guys and Dolls, and returns to the big screen in the critically acclaimed Sundance favourite, The Answer Man, formerly Arlen Faber. The gifted actress, best known for deft performance in the hit series Gilmore Girls, talked to Paul Fischer in this exclusive interview.


QUESTION: Working with a first time writer-director, what was it about this character in Answer Man that appealed to you so much?

LAUREN GRAHAM: It just was the whole movie. I rarely read anything that's smart and funny and - I don't know, where the character really has an arc. It sounds really simple, but - you know, many movies are telling a different story, or telling a story that's more about action or a crime, or the plot. You know, there aren't as many relationship, romance stories as you would think. And especially whose scenes involve the cult of celebrity and spirituality and magic, and - you know, recovery, and all that stuff. So, it was easy. It was an easy read. I thought it had a great combination of sincerity and humour. I mean, it's a very sincere movie. But - you know, it's John. It's like, he's also really sarcastic and funny. So - I don't know, I just liked it.

LAUREN GRAHAM: No. I mean, I'm not an overprotective person. I mean, there were things that were really easy to identify with, which was someone who's been wounded, and is trying to construct a life that makes sense, and that is safe for her and her child. And that she thinks that by doing things a certain way, that they won't be hurt again. And she's afraid to fall in love. All of that is - you know, makes sense.


QUESTION: Why do you think people - you seem to be cast lately as a single Mom. And I'm just wondering, are you now the go-to actress for single mother roles?

LAUREN GRAHAM: No, but I hope I'm the go-to in any realm. But, I mean - I don't know. You know, John liked Gilmore Girls. But I think it's a coincidence. And this is a very different kind of Mom. You know. While she is on her own, it's a totally different personality, and totally different circumstance and everything. But - yeah, maybe. I mean, I don't think any of these roles have that much in common, actually. You know, besides the kind of circumstances of it. And I think that character of Lorelai is pretty unique, you know? I don't see that very often, that kind of language, you know? 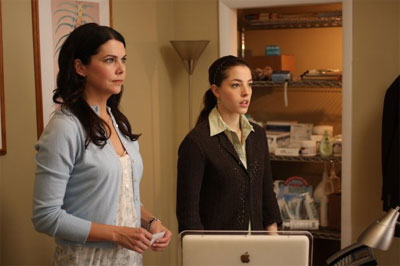 QUESTION: How intimidating was it for you to make the leap to Broadway?

LAUREN GRAHAM: Hugely intimidating. It was the most scary thing I've ever done. And the only thing about it is that I wish that I hadn't spent one minute being scared and I don't think that I ever will again, because - I don't know. It's actually more true to what I started out wanting to do, as a kid and as an actor. And like - everything I grew up with. You know, I grew up with going to the theater. And my Dad would just take me to anything that came into DC, and then we went to New York a lot and saw stuff. And I went to grad school, and I did summer stock, so that was kind of the path I was on. But it's all the other aspects of it. It's the business side of it, the business of Broadway is as big and risky a business as movies and television. So, there's no kind of clubby-like, "Let's put on a show." You know, people are investing, and trying to have a hit. So, you know, there's all that pressure.

But the main thing about that show is that it's so beautifully-written, as a comedy, so perfectly constructed, that to kind of live in the world of working on that for a while was - and then to do it 150 times, was like - a huge big gift as an actor. And I think I'm a better actor, having done it.


QUESTION: Will you do it again?

LAUREN GRAHAM: Yeah. I would do it again, for sure.


QUESTION: Now, everyone was excited that we were going to see you back on TV this fall. I take it Let It Go was let go. Is that correct?

LAUREN GRAHAM: Yeah. That didn't go. And-you know, while I was on Gilmore Girls for seven years, I had a couple years before that of just seeing all the reasons that things do or do not work. And there is no science, obviously, or everyone would have figured it out. It's a creative, messy process, where you come together with people you don't know that well, and you try to - you know, especially in a half-hour, tell a story. And I think we did a great job, but I see why they didn't pick it up, and I think it was probably the right choice and not through any lack, except, like, all the stars didn't necessarily align. And I would much prefer to have had that experience than somebody pick something up just because of whatever, and then we do six episodes and then it goes down. Because, you know, the pain or the effort or whatever is really in launching something. And so to do a pilot - you know, that's okay. I expect to do that maybe a couple times before I hit the right thing.


QUESTION: How have you been able to navigate the politics of film and television? I mean, you seem to have a very pragmatic sense of the business. Where does that come from?

LAUREN GRAHAM: I guess my Dad. My Dad was a lawyer who is a pretty practical person, who I think is a good boss, who - you know, has a sense of what's fair, and kind of doing the right thing. And - you know, I think the hardest thing, which you just have to learn as an actor, is to stay on your own path, and not look at what other people are doing, and not worry about what other people are getting. And, you know, you just kind of keep your eyes on your own paper. And worry about yourself. Because that's the only tricky thing about being an actor. Is like, unlike competing for other jobs, you probably get to know many of the people. And I just have been really happy with what I've gotten to do, and I just want to keep it that way. You know, I'm my own competitor, you know? 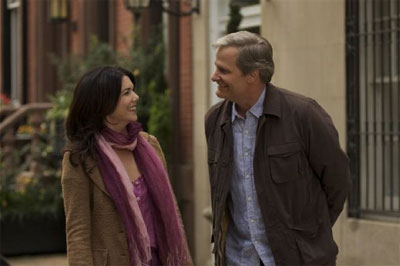 QUESTION: Gilmore Girls is still the show, I guess, that everyone loves you for. And I know that when I mentioned to some people that I was talking to you they'll - "Oh my God, oh my God I've got all the DVDs of Gilmore Girls. Wow! How fabulous."

LAUREN GRAHAM: It's never going to stop, actually. I mean, that was one of the things in doing the play, that I got in a way that I had not gotten before. Which was how - you know, there are younger girls now watching it on DVD, and different people in re-runs. And - this has honestly never occurred to me, because for me, the experience is over. So - I don't know, because of that, a lot of opportunities happened, too. You just can't fight it. That's the reality, so. I think - you know, I'll get to do something else. But for the meantime -


QUESTION: But if Amy Sherman came up with a two-hour TV movie for this, would you dismiss it out of hand, or do you think you really want to put this character well and truly behind you?

LAUREN GRAHAM: You know, I think the only reason that people ask this question is because of the Sex and the City movie, which was such a good movie, and such a success, and took some characters people loved and gave a chance to see them again. But before that, I don't know that we would have even thought of that as an option. And to me, you know, a series ends because it's time for it to end. So-you know, I'm not sure what story is left to be told. What's really funny is, no one actually involved with the production of that show has ever brought it up. It is only an internet rumour, and like, I think, a hope of some of the fans, that that would happen. So it's so hypothetical that it's like, an impossible question to answer. I'm sure - there's nothing I would dismiss out of hand in the world of being an actor, you know? And definitely I feel great love for that show. But - I don't know. It's just so impossible to answer, because the only people who have really asked this question made it up on the Internet. [LAUGHTER]


QUESTION: What do you hope to do now that you're not doing the TV show?

LAUREN GRAHAM: I'd like to make another year out of doing movies and theater. That would be great, while maybe I look for and hope to find a TV script. To me, while all the stuff I just said about how - you know, it's hard for stuff to last - in my mind, the last one I did lasted seven years. So, I still think of it as a commitment. I still think of it as, like, you know, something that potentially goes on for a while. And it's been so much fun to get to do different things, and move around, and meet different creative people, that that would be a really fun year for me to do that one more year.

LAUREN GRAHAM: I mean, it's offered me some great characters. You know, you do want people to see them, though. And so - you know, I think this movie has the best chance of being a hit commercially, and that's kind of what I hope. Because the only thing about stuff like - like, Birds of America didn't come out. So, that was a really fun experience. But it's a funny thing if you're an actor and no one hears the tree fall in the forest. Like, do you exist? You know what I mean? So, I hope to just keep working, but I hope that these things land in theatres, too.


QUESTION: Do you want to write or produce or direct?

LAUREN GRAHAM: All of that. And I plan to do all of that in my life, I would hope to. I just love every aspect of it. Although I think being a director has pieces of it that are a big headache, that would be very challenging for me. But I would hope that I get to do all of it.

On the eve of the 20th anniversary of his still wildly popular book, Arlen is still sought after as the man who has all the answers. Arlen's life collides with Elizabeth (Graham), a single mom raising her seven year-old son, and Kris (Taylor Pucci), a young man fresh out of rehab who is searching for meaning. Both Elizabeth and Kris are hopeful that Arlen has the answers, but the truth is, he hasn't got a clue. The film also stars Kat Dennings (Nick and Norahs Infinite Playlist) and Olivia Thirlby (Juno).