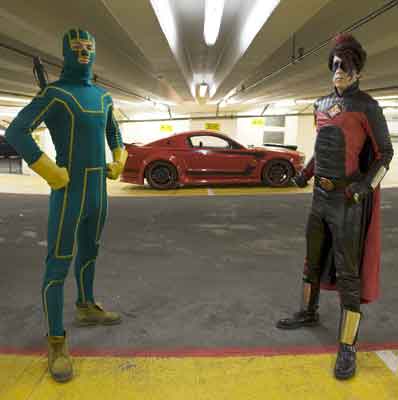 Kick Ass tells the story of average teenager Dave Lizewski (Aaron Johnson), who decides to take his obsession with comic books as inspiration to become a real-life superhero. As any good superhero would, he chooses a new name -- Kick Ass -- assembles a suit and mask to wear, and gets to work fighting crime. There's only one problem - Kick Ass has absolutely no superpowers.

His life is forever changed as he inspires a sub-culture of copy cats, meets up with a pair of crazed vigilantes, an eleven year old sword-wielding dynamo, Hit Girl (Chloë Moretz), and her father Big Daddy (Nicolas Cage) and forges a friendship with another fledging superhero, Red Mist (Chris Mintz-Plasse). But thanks to the scheming of a local mob boss Frank D'Amico (Mark Strong), that new alliance will be put to the test. 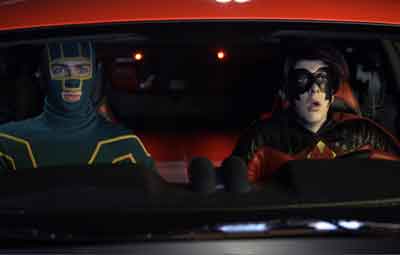